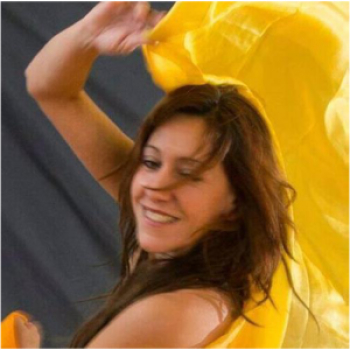 Professional dancer, pianist musician and actress with more than 30 years of experience in the scene and teaching, she began her training at the age of 4 in European classical dance, learns flamenco, tap dance, contemporary dance and obtains the title of mummy in modermjazz with Honors by the renowned Orthos de España. At the same time, she trained as a teacher of music and piano and as an actress. Prize for theatrical direction of the Generalitat de Catalunya in the national competition "El pais a l'Escola" and accesit of the prize "sons i cançons" also of the Generalitat d'Catalunya.

She has worked as an actress in film, theatre and television. As a dancer in companies, for television, as a choreographer in operas and municipal and private events (Programa Blanc o negre de tv3, choreographer for Operas with Miriam Francheri and Manuel Garcia Morantes, performances as a member of La Fura dels Baus i Dagoll Dagom, Oh España...)

In 1999 she moved from Barcelona to Ibiza where she was selected as an actress for the work "no soc jo tot sol amb tots aquestos viadants", a work subsidised by the Consell Insular d'Eiivissa i Formentera.

During that time she was also a teacher at the International Bonts Clowns School.

In 2000 she moved to Japan as a dancer, forming part of the flamenco company of Parque España. In Japan he learns Japanese Odori dance, taichi chuan i Buto.

He continued in that period creating and performing with different proios shows in national festivals, private parties and events (Up & down in Barcelona, Buda restaurant in Barcelona, Elephant in Barcelona, Marato del espectacle, mercateatre, Feriarte, Plansterpektakel in Linz...).

In 2007 he founded the International Studio Center in the middle of nature, retiring to a country house in the middle of the forest for 8 years of his life, where he gave numerous intensive courses and seminars on Dance and expression, Dance and communication, Dance and nature, Japanese fan, from heart to gesture, choreographic zuinning.. while performing numerous shows for the Unesco International Dance Congress, Terra de Trobadors de castello de Ampuries, Consell comarcal de Alt Empordà, Ajuntament de Barcelona per les festes de Gràcia, Festival Internacional de Blues i jazz de Roses...

During that time he worked in his shows with a lot of Japanese dance, oriental fusions and fire with contemporary and other artistic expressions.

At the same time she continues with her work as an actress for television and also as a glass painter and mixed techniques making different exhibitions.

In 2010 she premiered the show La Gitane Oriental in the municipal theatre of Figueres ("Teatre Jardí") and decided to return to teaching by creating the EDEM escènics or l'Estudi d'Arts Eva Mas in the city of Roses, where she currently gives classes, courses, training in musical theatre, oriental dance, contemporary dance, basic technique, fusions, Japanese fan, interpretative techniques, modermjazz dance, singing, solfeggio, harmony and piano. For this summer he is going to teach the iV summer artistic laboratory for young people and the children's artistic and scenic school. 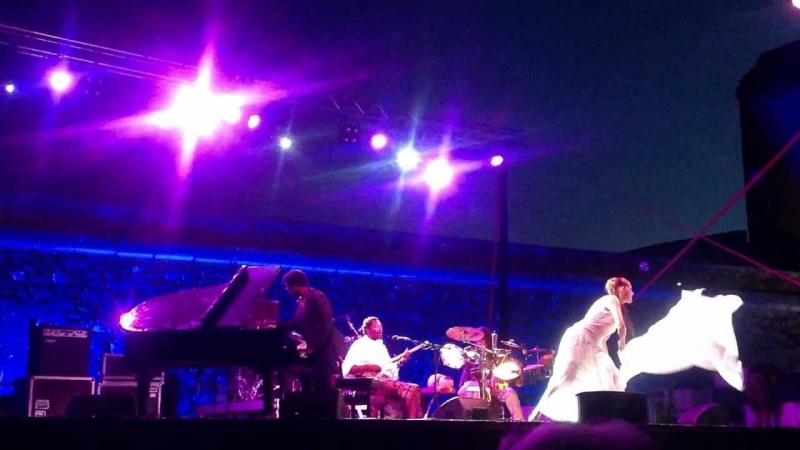