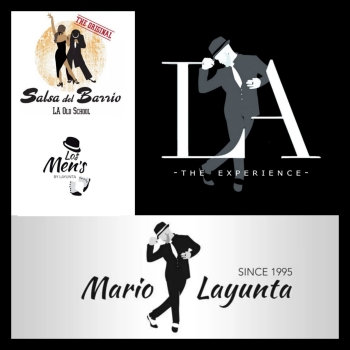 Instructor, Choreographer and Professional Dancer. Specialized in Salsa, Chachacha, Bachata and Latin Jazz. Dancing since 89, teaching since 95 and as a performer since 2000.

In the year 89 he studied, during 9 years, Salon Dance and 2 years of Argentine Tango. After that I started in Cuban Salsa, Merengue and Rueda de Casino. In the year 94-95 I start giving my first dance classes. Later, in the year 99 I start to study the American styles of Salsa LA and Puerto Rico Style and in the year 2000, already as a dancer of the BCN Salsa Dancers, I start on the stage as a performer. Since then, my training has been constant, until now, in Salsa LA, Puerto Rico and New York (Mambo), as well as in Pachanga, Cha-cha-cha and Boogaloo, Cuban Rumba, Afro-Cuban and Afro-Contemporary and in American Jazz, Latin Jazz and Performance.

I am currently a teacher at the Seven Dance and Así se Baila schools in Barcelona.

These are the next events where Mario Layunta will participate soon