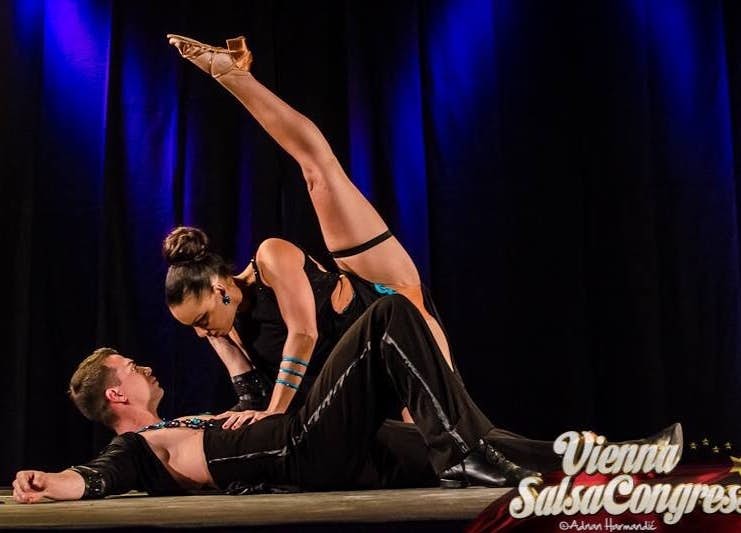 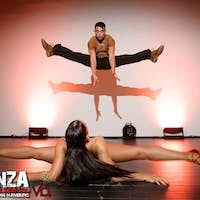 Danger Rodriguez was born in the year 1983 in Camagüey (Cuba), with current residence in Barcelona, (Spain).Danger-Rodriguez

Since they began their primary and secondary studies showed a great fondness for the dance, participated in several events for children in the field folkloric cuban, in which it received awards and recognitions for his artistic work.

He completed his high school studies at the Institute high School Vocational Sciences in the city of Camagüey, Cuba. There he received a basic training in traditional dances in cuba and participated in several national events.

Danger_con_MaraguanBailarín of the group Cuban Artistic group Maraguán of Camagüey from which you received a dance training is very comprehensive for 7 years, specifically in folklore, peasant, popular, cuban, haitian roots, jamaican and congas rooted in Cuba. As a member of that group was selected best performer in the national festival of artists, academics, in addition to within the achievements is the silver medal at the international festival of Dijon in France and later won the gold medal at the same festival in the year 2007, this being the best festival music-danzario of folklore at the global level. He also won the first place at the festival folklorico competitive Gorizia (Italy) in the year 2006 and many more awards and decorations both national and international.

Director and choreographer of EVOLUTION Group founded in 2010 and which has been presented in several cities of Spain and which currently continues in line with varied shows for all to enjoy.

He is currently based in Barcelona (Spain) where she works as a Dancer, Choreographer and Teacher of cuban salsa, rumba, afro cuban, afro haitian and jamaican and other Latin rhythms typical of the Cuban Culture and the Caribbean.

Today form artistic partner with the International Yunaisy Farray and together scour the International Festivals more recognized, giving Masterclasses and performing art Shows. At the end of 2013 had the opportunity of creating and dancing a choreography to Chucho Valdés, played the music, within the posthumous tribute to Bebo Valdés in the framework of the International Jazz Festival of Barcelona.

Danger Rodríguez was inaugurated in the year 2013 its prestigious school of The Key, focused as a Social Centre and every weekend where they performed dance sessions and performances. He is currently one of the rooms, most prestigious and most atmospheric of the area of the Maresme.