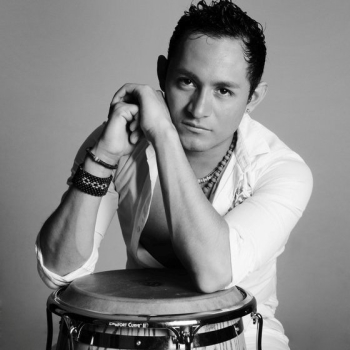 Alexis is a dancer, choreographer, instructor and percussionist. He is a multitalented artist with a lot of passion, and he created the concept of «Alexistyle». Alexis started out his dancing carreer in Antigua, Guatemala at the age of 13. In 1999 he travelled to Cuba to learn other styles of latin dances. He received a diploma as a specialist of Afro-Cuban dance at «Conjunto Folklorico Nacional de Cuba”. Alexis has also studied African dance, step dance, flamenco, cha-cha-cha, mambo, salsa, jazz, hip-hop, funk and house.

In 2000 he emigrated to Japan and started his own dance school with more than 1000 students throughout the country. He was also the first solo salsa dancer, and is recognised for his original shows ans creative style. In Japan he articipated in numerous TV shows, radio interviews, magazines and newspapers. He has also participated at many international events and salsa congresses with his shows. After more than 10 years of travelling he has finally moved to Oslo, Norway where he works as an instructor in Oslo & Drammen.