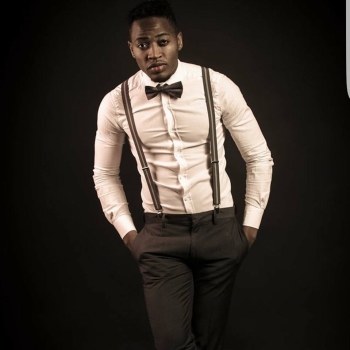 Champion of the Contest Kizomba & Semba in Angola (2012)

Bonifácio António Neto, better known by Bonifácio Aurio or Mr. Tuffas, was born on the 17th of July 1991 in the Humabo province lies to the south of Angola.

Very connected to the arts, Bonifácio Aurio, from an early age was passionate about music, but it was in the dance and where better to gave and gave to get to know his potential. For many years he was a dancer from the street and from small events, all amateur until the moment he decided to bet on its professionalism with courses of dances that have made each time a dancer better, because within him there was already a diamond in the rough. It was enough to just be stoned.

In 2011 he decides to take part in the Cuncurso National of Kizomba, organized by the Mukanus Productions, in Luanda, Angola. Despite being one of the most given in any of the views, Mr. Tuffas clasificou in fourth place. The claw and the persistence of family and friends made that Boniface returned to enroll in the edition of the year following. It was not the first, but in the second participation, was able to convince the jury, to win the cuncurso and automatically be able to qualify for the contest Africa Dance in Lisbon, the competition equivalent of a world dance kizomba, which also went on to win.

2012 to here, the life of the eternal world champion kizomba, as is queridamente the treaty, gave a great jump... all thanks to the dance. Today, Boniface is one of the main ambassadors in the world of kizomba and semba as you dance the angolan government. The young man does not stop. Invitations to teach courses or give workshops appear at the speed of light and in places even he even thought to reach only to dance as the vehicle.

The United states of America, Canada, Brazil, Germany, Poland, Switzerland, France, the Netherlands, Finland, Italy, Spain, Portugal... the list of countries where this young man has taken the rhythms of Angola is immense. And a lot of good stuff is still to come, stay tuned!

Winner of the FestiKizomba 2012 Angola