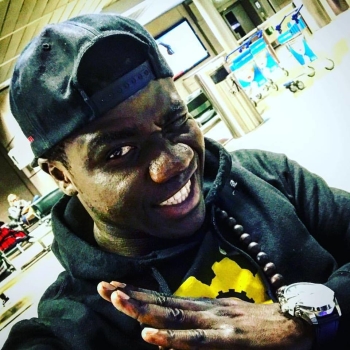 Donald Wilson is a cameroonian residing in Germany/Europe. His dance-adventure started already in cameroon where he danced hiphop and street dance. After coming to Germany, he soon discovered the latin dances (Salsa, Bachata, Merengue..) and Kuduro/Afrohouse which he directly integrated. After one year continuing his trip to Luxembourg, he happened to meet Kizomba in which he totally fell in love. After a year of regular classes, he decided to step on further to promote and share this passionate dance by teaching and performing. He started dancing for the group Afro Latin Sensation, where he learned the teaching techniques from Johnny Flor, and went on to attend different masterclasses by renowned teachers to polish his skills even further. Donald also participated in Africa Dancar and is a two time winner (2014 and 2015) representing Germany at the World Final of Africa Dancar. Now he created a dance group (Afro Swagg Crew) and is giving classes in different festivals which have contribute to give him proper experience in transmitting his passion.