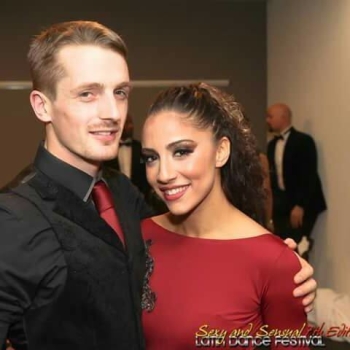 Övgü (Cyprus) & Angus (UK) have been dancing together for just over 18 months. They met at King's College London where Övgü completed her Masters in English language teaching and Applied Linguistics and Angus completed his medical degree.

Angus & Övgü are based in London and travel widely performing and giving workshops at various national and international events, congresses or competitions. Their workshops are extremely popular for their friendly and engaging teaching style and clear explanation.

Övgü also teaches Salsa and Bachata at Caramelo dance studios near Maida Vale in London every Thursday 8pm to 10pm.

For more information about workshops, performances or where to find us, please contact us at angus.ovgu@gmail.com