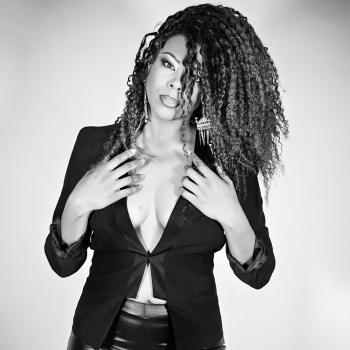 I am Damaris Hechavarria, a dancer and teacher of Cuban folkloric and popular dances. Like salsa, rumba, son, timba, guaguancó and many others.

If you want to learn to feel the taste of Cuba, contact me to learn how to dance the Cuban rhythm.

If you want to know more about my life....

Damaris Hechavarria was born in Santiago de Cuba and began to attend the night school of dance at the Conjunto Folklórico de Oriente, where she made her first dance steps followed by the teacher and choreographer Milagros Ramírez, then moved to Havana and began her career in Folkloric Dances at the Instituto Superior de Artes (1999/2004). During and towards the end of my studies I dedicate myself to dancing with the French-Haitian folklore company Ban Rarrà with the teacher and choreographer Isaias Rojas (2002/2003) and to teaching at CENSEA (academy of music and dance for foreign students).

In December 2006 I moved permanently to Italy but I continue with my work commitments all over the world...

I am currently teaching Cabaret, Afro-Cuban dances and Cuban folk dances at the Baila y Baila school with Miguelito Valdés.