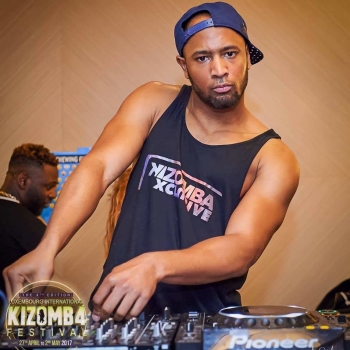 Stefanio Lima grew up listening to a wide variety of music, from James Brown to Cesária Évora. Surrounded by different cultures, this Cape Verdean from Rotterdam was influenced

by world music at an early age. Eventually music became his life’s passion.

His first 'dj' experience was at the birthday party of his cousin. Stefanio Lima was barely 12

years old when he got everyone dancing to RnB SlowJams he self-selected on the radio. An

artist was born. At age 16 Stefanio Lima, along with his cousin, bought his first turntable and

mixer with his own savings. In the next few years of self-discovery and a lot of experimenting

he developed himself as an artist, as a dj.

Stefanio Lima provides diversity in music for young and old. A born entertainer of different

dance styles. Family and friends often asked him to play at birthdays and private events.

He produced several Kizomba and Clubhouse mix tapes which were very well received.

unique style. Having been exposed to many types of music and creating a big repertoire, he

developed a love for Soulful/Afro House.

Always bringing that good vibe that will motivate people to dance, songs you might not hear

often but will give his set just that original sound. A combination of underground African

with his dynamic mixing, allows Stefanio Lima to give his audience an energetic stage

Lima has performed at different events and knows how to hype the crowd. After gigs at

small clubs in Rotterdam, The Hague, Amsterdam and even cities abroad like Lisbon and

Luxembourg, it is now time for the next phase...

Stefanio Lima is working hard towards getting his website online. New projects are coming.

In the next few years he will keep on growing and success, both national and international

will not fail to happen. Are you there with him!