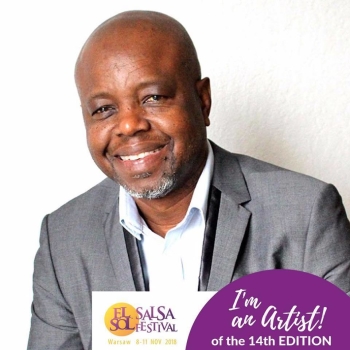 Suriname-born DJ Willy’s musical interests span from disco and house to rhythm and blues and Latin. It was back in 1980 when he first appeared as a DJ in his native country. The club where he worked for almost eight years became the most popular one in the country and still is. Willy moved to Holland in 1992 and one year later he was asked to work for the then-famous Latin club, Margarita’s, in Amsterdam, where he was spinning mainly salsa and R&B.

As salsa was getting very popular in the 90s, he was invited to play music at many salsa parties in Amsterdam and other neighbouring cities. At present, DJ Willy is a favourite DJ at most of the major salsaevents all over Holland and Belgium. In addition to that, he has been and is spinning at a number of international salsa congresses in almost all the countries in Europe and since 2013 also in India and Dubai. Dj Willy is also the resident deejay at the Salsuri Salsa & Zouk Festival in Suriname.

These are the next events where Dj Willy will participate soon