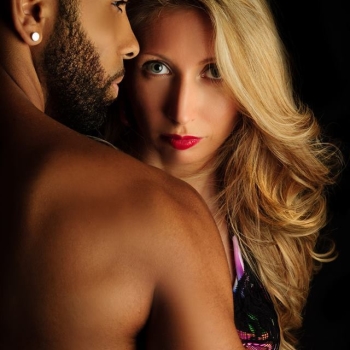 Born in Cape Verde, he is breathing Kizomba since he is a child. Winner of the Luxembourg Kizomba championship in November 2015, he joined the team of the Alkemia Dance School in Luxembourg as Kizomba instructor in 2016.

After a Jazz background of 18 years and 2 years of standard & latin ballroom dancing, she discovered Salsa, Bachata & Kizomba in 2011. Part of the group "Salsa Emotion" during 2 years, she performed on several stages of Salsa festivals & parties in Luxembourg and Germany. Since 2013, she teaches all three dances at the Alkemia Dance School in Luxembourg and had the privilege to be selected by Enah Lebon to assist him during a workshop at the KIZ ME METZ event (France) in March 2014. Since then, the Kizomba passion really took possession of her.

EL Cruz & Nadège KB became the international winners of the competition of the KETA Kizomba & Bachata Festival in Lisbon early July 2016, where they gave some workshops and performed their show for the first time.