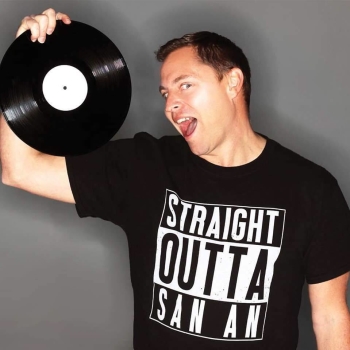 With 25 years experience Doctor Feelgood takes you on a magical journey when he prescribes a healthy dose of “all things house”, Disco, Indie-Dance and Nu-Disco vibes and anything in-between.
Now living in Ibiza he has been spotted playing at the following venues: Eden, Es Paradis, Sankeys, Ocean Beach, Ibiza Rocks at Pikes Hotel to name a few. He holds an early and late season residency for the very fashionable Mint Lounge and a Summer residency at Savannah & Café Mambo.
Inspired by and named after the American Blues and R&B musician William “Willie” Lee Perryman AKA Dr. Feelgood & the 1967 hit by Aretha Franklin Dr. Feelgood (Love is a serious business).
Plays: Chill Out, Pop, Indie, Disco, Funk, Indie Dance, Electro Swing, House (all genres), Trance, Old Skool, Commercial Dance, Club Classics and Current Floor Fillers.