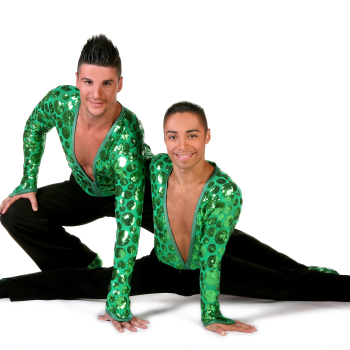 Welcome to David and Javi's go&dance page. We are the first salsa couple of the same genre in Spain. Here you can see all the festivals in which we participate.

And some of our prizes in competitions around the world: