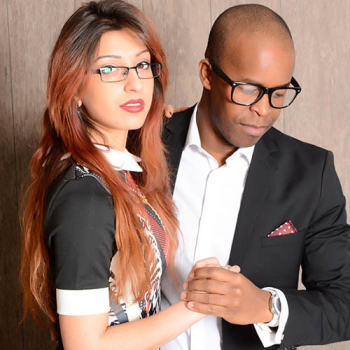 Rico was born in Guinea-Bissau but due to a war in his country moved to Portugal at the age of 22. Whilst growing up he was surrounded by music and dance, and this developed his passion from an early age. His first memories consist of his family dancing at parties and getting together… for celebrations and his first influence came from his father, who initially inspired his dance style. Gumbé is the main cultural music from Guinea-Bissau but Rico has always known Zouk, Kizomba, Semba, Kuduro and Funana. It was only in Portugal, where he became more familiar with Kizomba and Semba and other styles of dance such as Kuduro and Coupé Decalé. Ultimately, Rico became a figure in the dance world through organising events, competing and teaching.

The Summer of 2011 marked Rico’s move to London where he became a part of the Pitanga Dance Team, giving him the opportunity to teach Kizomba, Semba, Tarraxinha, Funana and Afrobeat at their weekly classes and monthly events.

In October 2015 he started collaborating with Adda Dociu.

Adda is widely known for her teaching skills – being able to teach as both a leader and a follower – her musicality and for her “ginga”. Born in Adjud, Romania and growing up in Pordenone, Italy, Adda set her sights on dancing from the mere age of 3 by learning from Maria Pantica where she participated in her first ever dance performance group called —Cubul Copiilor— at Casa Pionierilor Adjud. From 2007 to 2012, Adda attended Amici Dance School in Oderzo, Italy, learning mainly Hip-Hop but also other dance styles such as Modern Dance, Ballet, Line Dancing, Cheerleading, MusicalTheatre, Rock & Roll, Hip-Hop and Street Dance.

Moving to the UK in 2013, she stepped into the Kizomba world developing her passion for the Angolan culture. She started dedicating most of her free time learning and not long after teaching alongside Eddy Vents (an important Kizomba figure and also Rico’s cousin).

Now days Rico and Adda are directors of RicAdda Dance School which has already performed in the UK and abroad. They work nationally and internationally giving classes and workshops that include elements of Kizomba dance, culture, musicality, appreciation and connection.