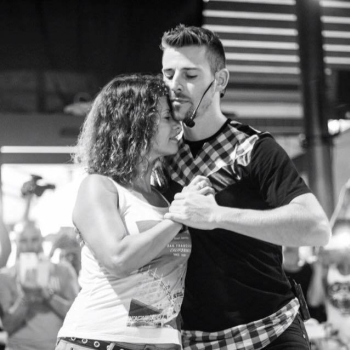 Afro-Latin dance company founded in September 2005. Paula Loureiro and Ricardo Sousa, its artistic directors, choreographers and dancers, have danced together since 2000.

The company is currently made up of 10 dancers. Due to wide knowledge and diverse training they acquired along the years, their show is a unique mixture of different styles of dance.

In 2007 and 2008, they won the title of the best Portuguese teachers. In 2009, they won in the category of best Portuguese Show at the Top Dance Awards and were nominated for best choreographers at the I Portugal Dance Awards in the world dances category. They are also official judges of the international kizomba competition "Africadançar".

Paula and Ricardo have their school, afrolatin connection, in Porto, Portugal, and are also manager of the afrolatin night club Muxima Bar. They also are organizers of the international events "Dmaes Summer Bootcamp", "Tá Fixe Kizomba Festival" and "Porto Salsa Mob”