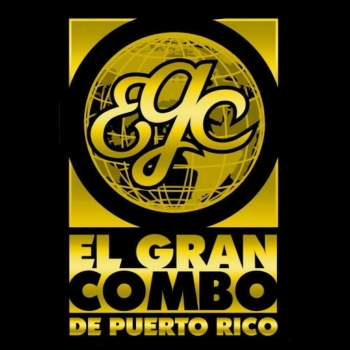 El Gran Combo, world-wide known as El Gran Combo de Puerto Rico, is a salsa music group from Puerto Rico with 54 years of uninterrupted trajectory. It is considered the most successful group of that nation and one of the best known salsa groups in Latin America, Europe, the United States, Europe, Japan, Australia and China. He has also been nicknamed "La Universidad de la Salsa" and "Los Mulatos del Sabor".

The Gran Combo was founded in 1962 by Rafael Ithier, who is about to turn 90, and continues to be the conductor of the orchestra. The group is known by songs such as "Falsaria","Un verano en Nueva York"," eliminación de Feos","Brujería","La muerte","Azuquita pa' el café","La fiesta de pilito","No hay cama pa' muchas gente","Me liberé","Arroz con habichuelas","Sin salsa no hay paraiso", among others.

In 2012, the album "El Gran Combo 50 Aniversario Vol. 1"was released, this album was nominated for the American Grammy. By August 24,2016, the new CD "Alunizando" will be on sale, completely unpublished. This album contains the hit "Mi Isla" which has been placed in the top spots of PR radio and has already entered the US broadcasts. It contains 9 tracks, Arepa con Cod, Alunizando, Seguirá, Callao Puerto querido, Besar tu boca, I am your friend, You have to be of tó and Sacame el zapato. This album is expected to have a limited edition vinyl numbered print run for collectors.

In 2017, the Grand Combo of Puerto Rico will be 55 years old and celebrated in grand style. They return to Radio City in April 2017, a special event will be held in Puerto Rico and several cities in the United States as well as in Europe, South America and Central America. In May and June the group will return to Africa and Russia.