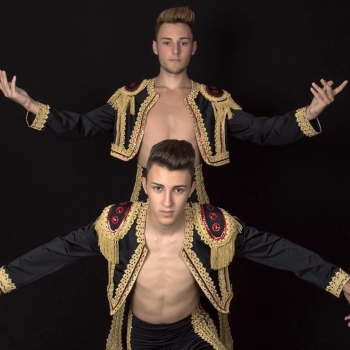 the boys have grown up with dancing in blood, their path begins in the world of competitions at the F. I. D. A., take part in numerous national and international competitions winning and winning titles of great importance:.

Finalist at the World Cup held in Florence at the Dances at the 2011 W. D. C. fair in Florence

Finalist at the World Championship held in Lecce in 2013 W. D. C.

After that, in 2014, they decided to devote themselves more to the world of the Shows and shows, supported by the Master of Scorpion Dance Roberto Vetrò, a fundamental figure in the growth of the youngsters, the trio over the years designs and realizes shows of great success, thus arriving to perform on some of the most important stages in Italy.

From September 2016, the boys pushed by their ever-increasing passion became part of the first Super-Advanced course of the Prince of Salsa Johnny Vazquez!!