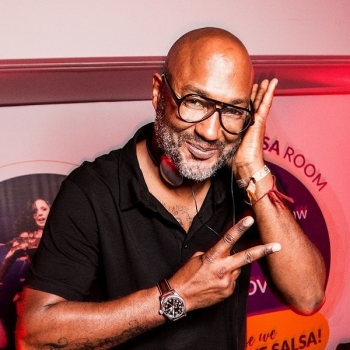 DJ Willy aka “The Viper” is one of the top DJs in the city of light, Paris. Since putting on the records for the first time in 1997 at his gig in the Montecristo Café, the House DJ was on the turntables, not only for one of Paris’s hottest clubs, but also all over France and the rest of the world. But he’s not only into House – ‘The Viper’ is a founding member of the Parisian Salsa collective Papas DJs and he is part of the Dance Angels team. Music wise, despite the fact that he’s regularly booked to events dedicated to ‘on-line dancers’ or crossbody leaders, Viper enjoys spinning all type of styles.

His choice is depending on the crowd and its taste. Music styles vary from Mambo, Cha Cha Cha, Guaguanco, Son Montuno, Salsa clasica or dura to romantica, even Cuban, or due to his Caribbean background, Bachata, Zouk, Kompa and Kizomba-Semba. His motto: “There are more bad DJs making the wrong choices than bad music”.

Dance styles and experience of Dj Willy "The Viper"