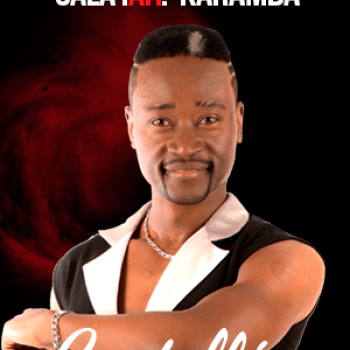 Augustín Williams was born in 1979, music and dance have been part of his daily life since childhood. From a very early age he began to be interested in everything related to music and dance.
Until she was sixteen, she studied classical, funky, contemporary and jazz dance, alternating her studies with her participation in numerous festivals. However, it would take a few years to enter the world of Latin music. Agustín Williams had felt the music inside him for a long time before.

Little by little, he got into the world of Latin music, visited several Latin countries, and began to frequent places where the Latin rhythm was fundamental. In that field Agustín Williams found the last word for his shoe, because his ability to interpret everything related to Latin made him acquire knowledge and brought him up to date with all kinds of Latin varieties. Today he is considered one of the best Latin dancers. On the other hand, it also has a good reputation earned.

Agustín Williams travels to the United States to take classes in linear salsa and mambo, that last call to time two (key), in that field he specialized, which enabled him to continue visiting several countries, London, Italy, Germany, Russia, Prague, Bratislava, Hungary, France, etc.. Giving the best of himself in each place, as giving workshops and delighting those audiences of his shows, and thanks to this gave him more possibility to expand his fields of work in other European cities.

A career marked out step by step and taking credit and prestige at the same time that its name was based on those related to this activity.

His knowledge of classical jazz, funky and contemporary dance was a rich background for understanding the Latin rhythms that would eventually become part of his professional life. Aside from his activity as an instructor and choreographer, Augustín Williams always identified with his choreographies as a couple, giving his best, and thus making his way in his profession. Later Agustín Williams created his own artistic company "Augustin Williams & Mambo IN ACTION D.C" which was founded in 2000 in London and had as its main idea a male group that was composed of some good dancers, and then in 2001 in Valencia where it is bearing fruit and reaping success in Spain and abroad. It is a group that is characterized by its elegance, reflecting different styles (funky, contemporary) and taking the roots of the origin of dance in their choreographies.

The stock radio stations of Agustín Williams have no limits and their projects reach countries of diverse condition such as Australia, Greece, Russia, Prague, Hungary, Bratislava, etc.

Agustín Williams is a very ambitious man who wants to know more about artistic life and to always improve himself. In addition, because of his ambition, he managed to enter the world of television by shooting two films, one Spanish with the title DE COLORES, and another of French and German origin called "ENTRE TU Y YO" (BETWEEN YOU AND ME).

He is currently teaching salsa, kizomba and bachata classes in Spain (Valencia, Castellón, Teruel, Murcia and Granada) as well as internationally and he has several projects that you will soon get to know.

These are the next events where Agustín Williams will participate soon