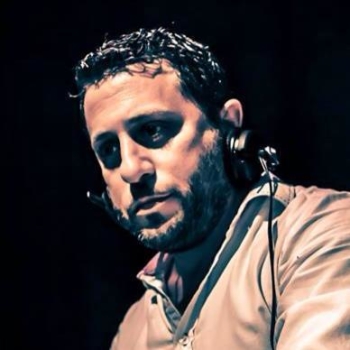 Pablo Marielli, artistically known as Dj BAT, was born in Buenos Aires, Argentina, on July 1,1973. For more than 20 years he has been practicing this profession with care and dedication. He tries day by day to acquire the maximum knowledge about music and these rhythms or genres, as special as they are, among others, Salsa, Mambo and Chachachá. His particular and personal salsa style manages to maintain the enthusiasm of the dancers and dancers. And he is known for bringing together modern music with ancient music: its roots, its legends, its interpreters, orchestras, history, etc., giving the public the opportunity to know much more than commercial music. The respect with which he treats each musical mix is one reason why they are accepted by most dancers and dancers.

His work has been recognized throughout all these years in countries of America, Europe and Asia such as Argentina, Chile, Brazil, Uruguay, Paraguay, Puerto Rico, Spain, Switzerland, Sweden, Germany, Italy, Greece, Portugal, France, Denmark, Romania, Finland, the United States of America and the United Arab Emirates. He has won important awards and recognitions that value his performance as well as his responsibility and dedication. In addition, he was a member of the internationally recognized Salsa Bacardi Congress Team with which he travelled around the world representing the aforementioned Congress. And currently, he is one of the official DJ's of the new Puerto Rico Salsa Congress. For this reason, in July 2010, and for the tenth consecutive year, he will perform in this great event that takes place on the Puerto Rican island. But his work is not only focused on playing and transmitting his experience through music, but also acts within the business field dedicated to the Organization of Events and Audiovisual Productions. He has worked for artists of the stature of Johnny Vázquez Imperio Azteca, Tropical Gem, Tito y Tamara, 2x4 Mambo, Luis Vázquez, Pablo y Diana, Stacey Lopez, Roi y Talia, Salsaopen España, Salsaopen Puerto Rico, Marcos Ferrigno, Ron Brugal Championship España and many more. In addition, he also works as producer and radio and event announcer, sound and lighting technician and stage set-up technician suitable for the performance of musical groups. This background and experience make Dj Bat a Dee Jay Professional in the music field.

Dj Disclosure of the Year The Magazine,"La Salsa never ends". (1995)

Recognition of the World Congress of Spanish Salsa. For his work in the dissemination of Salsa and Dj. (Valencia - Spain 2004)

Recognition for his collaboration in the Organization of MurciaBaila. (Murcia - Spain 2005)

Recognition for his collaboration in ACM Salsa Barcelona. (Barcelona - Spain 2006)

Recognition for his contribution and ambassador of music and dance around the world, presented by Albert Torres

Recognition for his career as a Dj - Salsafest (Bucharest - Romania 2009)

Recognition for his national and international professional career as the best salsa DJ. Salsa DJs Event