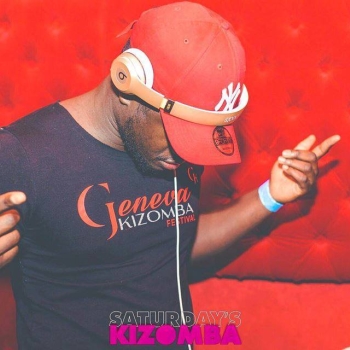 DJ of origin Senegalese / Cape Verdean and alive in Rennes ( FRANCE ), he begins to mix in 2011 in Electro partys - Hip-hop - Dancehall, before becoming official DJ for a known singer ( MAKASSY) with which one he will be on tour Club of 2 years in France and foreign countries, Is about 200 Discotheques !

In 2012 carried by his Portuguese-speaking culture, he Creates with Fabricio kizomba, the first Kizomba association in Rennes and chain workshops and partys when he mix himself !
The Same year he participates in his first festival Kizomba, "Bachata Kizomba Experience" and of it, his meeting with The professor and the organizer DOUMB, is going to accelerate things!
DOUMB trusts him for his international Festival of Bordeaux at first and then for the 1st edition of the SUAVE DANCE FESTIVAL in Paris !

Having won a small fame he invested even more in the kizomba, and chain the Festivals, in one year he will have mixed in many countries as for example in Sweden, Holland, Romania, Poland, Bulgaria Etc. ..

He is recognized as a DJ having his style appropriate to him, with a musical universe of tone and singing, and mixes very rhythmical allying music recent and music traditional!

He is also the Co-organizer of the " international TCHUNA kizomba festival " in Rennes, which will be the first international festival of kizomba of the Region Brittany!