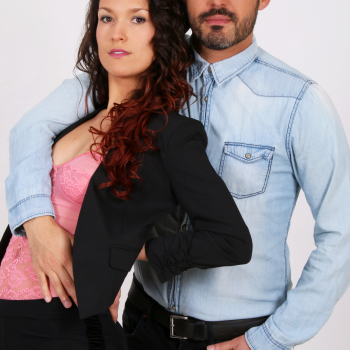 We are Olaya and Papagaio, a dance couple who give zouk classes in Barcelona and at dance congresses around the world.

Olaya- DENDÊ was born in Barcelona (Spain) and since she started at the age of 4, dancing has always been in her life. In 2000 she fell in love with the Brazilian dance world and immediately started performing in shows and giving classes. Always eager to learn, she has combined her university studies with qualifications as a fitness instructor and dance training (ballet, contemporary and jazz).

She has taught LambaZouk, shows and participated in Congresses around the world for many years: Great Britain, Sweden, Holland, France, Spain, Czech Republic, Switzerland, Germany, Croatia, Brazil, Argenitna... and in all DansaBrasil Bcn Congresses, where she is also part of the organization.

She is considered one of the best teachers in Brazilian Zouk, known for her numerous metaphors, images and clear explanations that make even the most difficult steps simple! Her passion for dancing and teaching makes her do whatever it takes for her students to learn to dance well, expanding their love, delicacy and energy of the dance!

Gabriel Papagaio
GABRIEL TORRES, known as Capoeira PAPAGAIO, was born in Recife and spent his childhood in Fortaleza, Brazil. In Spain he trained as a Physical Education Instructor, and then graduated in Physiotherapy. Besides being known as a good Capoeirista, he is a DJ and teacher at LambaZouk in Barcelona. DJ Papagaio was a pioneer in promoting classes and music for LambaZouk in Barcelona's nightclubs and in 2005 he started giving classes, joining his partner Olaya.

He has been giving LambaZouk classes, shows and participating in Congresses around the world for many years: Great Britain, Ireland, Sweden, Holland, France, Spain, Czech Republic, Switzerland, Germany, Croatia, Brazil, Argenitna... and in all DansaBrasil Bcn Congresses, where he is also part of the organization.

Gabriel is a very creative dancer. Even Olaya, his partner for more than ten years, says that he still surprises her with new steps and new music. He loves to move around and put all his energy on the dance floor, a lot of Ritmo and Dendê! 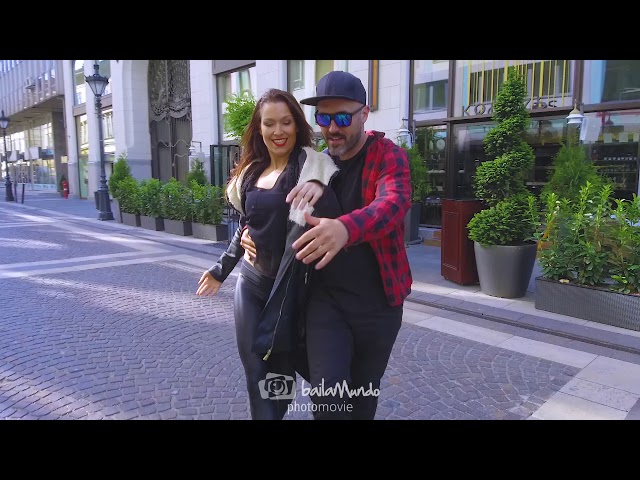