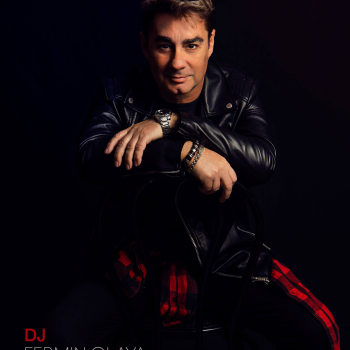 Fermín Olaya Rodríguez was born in Valencia on February 6th. It is in this city, where he studied industrial electronics and where, very soon, at the age of 17, he began to work in what, until now, is his most recognized activity.  It is the disco Pacha Valencia, the one that brings him out of anonymity, with the passage of time in a first stage DJ sessions in different prestigious halls such as Metropolis, Ku Manises, Pacha Benidorm, District 10, Disco Cal, La Isla, Valentinos, Desconcierto, Hipódromo Salsa, Terrace of OTK, La Almassera Salsa, Johnny Maracas, Cachamba, Santo Domingo Salsa, etc.... and standing out as the music manager of the summer terrace La Floridita.  In the course of his professional life he alternated his work as a DJ with other activities such as Sales Manager of Radical Records Madrid or Production Manager of the management company HQ Producciones. In 1994 he created his own artistic representation company, and in January 1995 he published the first issue of the magazine Salsanoticias, a publication he created dedicated to the development and promotion of Latin music.  Later, at the end of 1996, he opened the first store specialized in tropical music in the Valencian community, Salsatienda. In the course of these two dates the great event of his life takes place, and which will mark his career from that moment on: the birth of his son Alejandro on October 19, 1995.  In 1999, he was struck by the need to put on paper the sensations and thoughts that he had recently reflected upon. "Editorials and Feelings", is the title of the book, in which Fermín Olaya gathers all these ideas that flow from him along with a selection of the editorials published in his magazine Salsanoticias. A book that speaks of hope and sensitivity without the hypocrisy that surrounds us in this society of the third millennium. It is also the moment when he begins to organize the most important Salsa event in Spain, the World Salsa Congress, of which he is the director in Spain.  He has been the official DJ of the club Salsados with his success in the work "Los Grandes Templos de la Salsa", from which more than 30,000 units were sold. In the summer of 2000 he participated as an Official DJ in the Bacardi Salsa Congress in San Juan de Puerto Rico and that year he was one of the Congress DJs on his Tour of Spain. In November he participated as Official DJ of Spain and was invited to the Bacardi Congress in Argentina. In December he participated as an official DJ in the Second Salsa Meeting held in Cadiz. On New Year's Eve 2000, a special session was held in the Grand Cayman Hall in Valencia. Participates in the Festival CAPITAL TROPICAL 2001. On the weekend of 23rd, 24th and 25th February he participated in the first Salsa meeting of the city of Murcia as Official DJ. Also in the city of Murcia I participate with DJ. Official of the International Festival SALSODROMO 2001 organized by the CADENA DIAL of Murcia on April 20, 2001. He also performed at the Bacardi Congress of Puerto Rico Salsa 2001 in Valencia and Murcia on the weekend of April 26th, 27th and 28th with Jayson Molina, Mambo Swingers Dance Company and Ballet Areito.  He participated as Official DJ of the 2001 Mulabe Festival held in Benicassim, participating in the presentations of the Mulabe in Milan, Castellón, Valencia and the Peñiscola International Film Festival.  He has participated as Official DJ of the Bacardi Congress of Spanish Salsa in the 2001 edition held in San Juan de Puerto Rico, sharing the stage with BOBBY VALENTIN, TITO NIEVES and VICTOR MANUELLE. In September 2001, he participated as an official DJ in the III Encuentro "Pura Salsa" in Cádiz. An event that featured some of the best Salsa dancers in the world.  In 2002 he began his work producing the 2002 edition of the "Capital Tropical" Festival. In the month of June he is again the Official DJ of the World Salsa Congress in Spain and Italy. And in August he travels again to the World Salsa Congress of Puerto Rico 2002. He was hired to participate in the International Salsa Congress "Salsa Con Pao" in Barcelona in August 2002. Official DJ: 4th Salsa Meeting of Cádiz (September 2002), International Salsa Congress of Barcelona (October), 1st. Madrid Salsa Symposium (November).  He was the resident DJ at Valencia's Grand Cayman nightclub on Saturday nights for almost two years. Inaugurated and was resident DJ of the Valencia nightclub, Giorgio & Enrico, with DJ Pablo Bat.  In August 2002 he participated again in the WORLD SALSA CONGRESS in Puerto Rico as one of the official DJs. He received the prestigious "ANDY VÁZQUEZ AWARD" with two friends and colleagues, Pepe Bassan and Henry Knowles, recognizing their work as the three BEST DJ's IN THE WORLD.

From that year on, he left his night work and events and worked as an intern at the Salsatienda record shop and at the magazine Salsanoticias. He is still working on the compilations. He also began his career as a composer, his first song "Ella" released in 2006, included in the work "Bachata Con Travesura" by the bachata group Travesura.

In 2003 he released his most recent production with Envidia, commemorating his 25th anniversary in the music "Capital Tropical 2008", the best-selling compilation of tropical music and, according to the critics of the same clients and professionals, the most complete.

In 2007, on September 29th, his third son Gabriel was born, a loving and playful child who made his life happy again and filled him with restlessness. He continues composing, arranging, making records and remixing songs which is one of his favorite things. His remix of the song "La Casa de Inés" version DANCE MIX, is selected in the compilation of Universal / Vale Music "Que Cheveré" the most recent compilation of tropical music in the national market.

He is working on the edition of his second book entitled "ABC... SALSA, Encyclopedia of Salsa up to our times", and the launch of Tropical Capital 2010 which will be the 35th "Official International Sales CD" of his professional career.

In June 2009 he reappears as a DJ in a special party organized by Salsea Junto al Mar, and from then on he does not stop chaining week after week of consecutive parties, events, discotheques, anniversaries, etc.... He is completing his calendar not only for 2009 but also for 2010.

In July 2009, the "Capital Tropical" Festival resumes with the usual influx of audiences, dancers and friends. He also works in the presentations of great artists such as El Gran Combo de Puerto Rico, Los Van Van Van, Xtreme, Daniel Santacruz, etc.... Together with Mario and Sergio he shares a booth at Salsa-Aventura 2009. He participates as Official DJ of the Lyons Free Festival of Alicante as well as Official DJ of the International Salsa Festival of Cadiz. Participate in the parties Circus Party, High School Party, Salsea in the Port, Son del Timbal in Gandía, Piropo Castellón, DJ Convention in Asucar nightclub in Valencia, Merenkumbe Anniversary, Remember de Salsa parties, Convento 155 nightclub, and so on, giving thanks to God for the great reception he has received on his return to the stage. A non-stop one that fills him with joy. Since that same year he has taken as his home the Asucar nightclub where he is a resident dj every weekend for 6 years.

This year 2014 celebrates its 31 years in music and 25 years in Salsa. And he celebrates it with the album BACHATA POP + SALSA, a work that he gives to all his friends and followers in different parties around the peninsula.

In the last 3 years 2015, 2016 and 2017 he has participated as dj of the Benidorm Salsa Congress and in the work team helping his good friend Pablo Bat in different tasks of the festival. At the moment he continues with his passion as a DJ in different events, festivals, congresses, getaways and discotheques, making himself easily seen every weekend in the events and halls of the first line of salsa, combining it with his work in the Magic Dance school of Carmen Lorente.

Every weekend you will surely find a session of Fermín Olaya somewhere in the world.

In 2002 he received in the WORLD SALSA CONGRESS in Puerto Rico as one of the official DJ's the prestigious "ANDY VÁZQUEZ AWARD" with two friends and colleagues, Pepe Bassan and Henry Knowles, recognizing their work as the three BEST DJ's IN THE WORLD.

IN 2018 CELEBRATES ITS 35TH ANNIVERSARY IN MUSIC.... A LIFETIME DEDICATED TO HIS PASSION.... 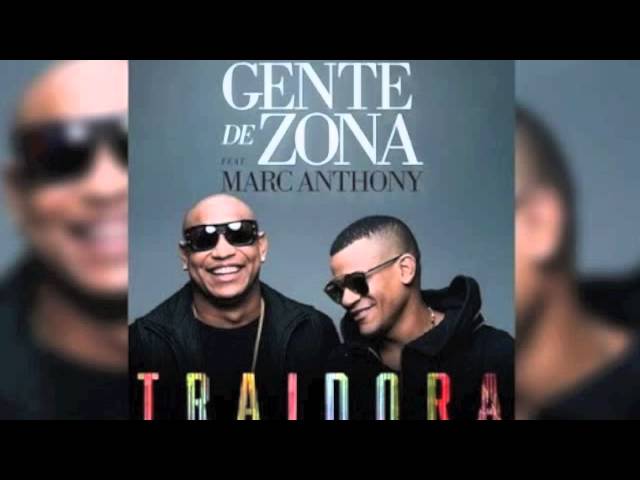 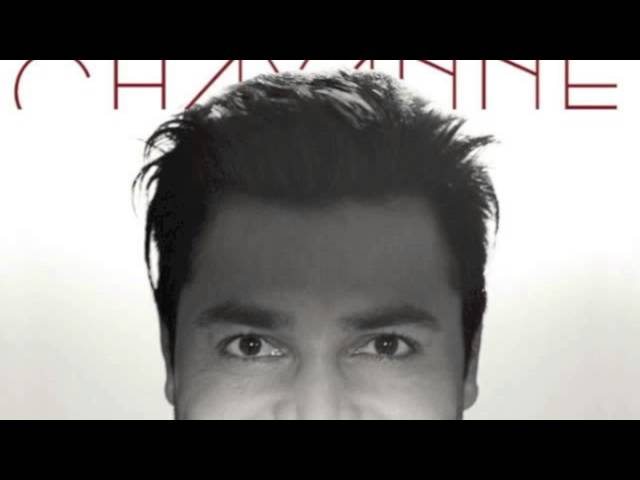 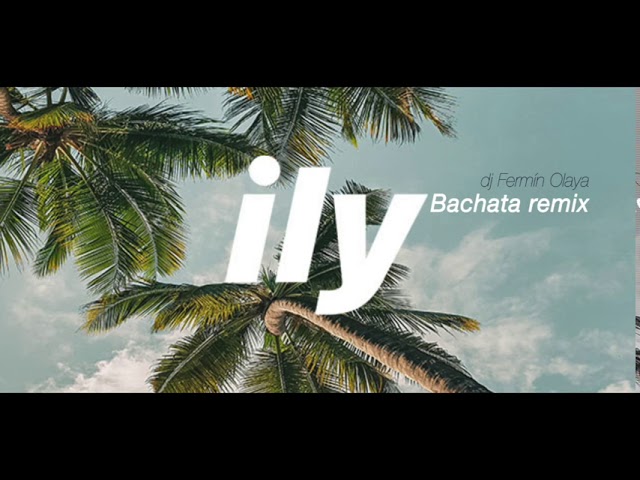 These are the next events where Fermin Olaya will participate soon