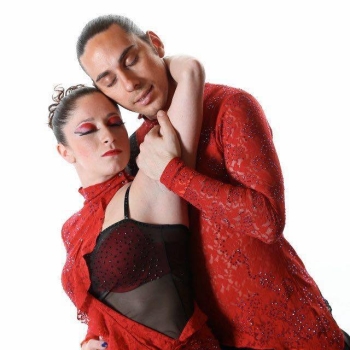 Josè Ferrante y Elena Avella start dancing together in September 2011, debuting with “Just Promise”, a mix of dance and bachata, which represents the fusion of love and passion; and with this choreography, born in a very short time, won in March 2012 the two races choreographic bachata: “Bachataday” in Italy and “The King of Bachata” in France.

in 2013 they won the european championship "BACHATA OPEN "

and qualify for 2014 world cup in Madrid

In April 2012, after only 7 months of dance together, Jose y Elena buy already a lot of notoriety thanks to the victory in these two contests, and participate in numerous conferences in Italy and Europe. Dancing in Germany, in Trentino, Mantova, Puglia, and several clubs of the peninsula.

In July 2012 participating in the “Bachata Open”, a great competition that takes place on stage in the Spanish Murcia, and are appointed Italian champions after qualifying in fourth place among the 25 couples participating.