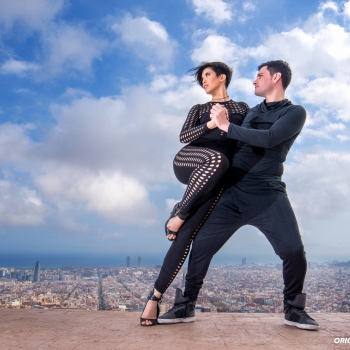 Javi Santos & Samantha Ho are a dance couple specialized in Zouk who teach in Barcelona and participate in zouk congresses all over the world.

They're the Zouk Debils brand creations. Javi is from Barcelona and Samantha is from Singapore. West meets East, a fusion of zouk styles and techniques promoting connection, musicality and versatility.

Javi Santos, since his childhood, Javi has been practicing sports such as soccer, athletics and various forms of martial arts, including Taekwondo, Kendo and Aikido-Ki. This background enabled Javi to learn about partnership and respect, two important aspects in dance. An aficionado of bikes, computers and good food and wine, Javi never expected to be a dancer. At least until he discovered MZouk through Antonio Hernandez Sanchez in 2009. He quit Aikido so that he could quench his thirst for Zouk, and learnt MZouk at Spiral Dance School, extensively learning for 3 years in all levels, with Daniel and Leticia Estevez.

Curious, non-conformist and passionate. Three words that Javi uses to shape his perspective of Zouk. As a result, he resolved to recognise the different Zouk styles, such as NeoZouk, Zouk Flow, Soul Zouk, Traditional Zouk and LambaZouk, taking private classes with the creators/exponents of each style, to know the base and philosophy of each one. Since then, he has not stopped learning and participating in congresses around Europe and Brazil. He has taken private classes with distinct teachers, for instance Mafie Zouker, Ruanita and Dirk (NeoZouk creators), Gegê (MZouk creator), Arkkanjo and Diana (Zouk Flow creators), among others.

In 2013 Javi began his training for teaching with the ZoukDevils group, partnered by Maite Chicano. He has taught classes both locally, in Barcelona, Mataro and Mollet del Valles, as well as nationally at congresses and workshops in Bilbao, Cadiz and Palma de Mallorca. Known for his creativity on the dance floor, Javi is recognised as a teacher with a strong technical base, yet fun and social, focusing on connection and musicality.

In addition to being a dancer and teacher, Javi is also a DJ, under the name DubZouker, Javi has made remixes and plays regularly at the best Zouk venues in Barcelona. He has played both nationally, in Barcelona, Mataro, Bilbao and Cadiz, as well as internationally at the Zouk Fantasy Weekend in Brazil (2014). Javi is also an organiser of multiple events, including the 1st Zouk Open Barcelona (Jack & Jill 2012), the International Zouk Flashmob (2012 and 2013), and the ZoukDevils & Friends Summer Weekend (2013 and 2014). As the president for the Association for the Promotion of Brazilian Zouk (Spain), it is Javi´s aspiration to promote awareness and further improve the Zouk community in Spain.

Samantha Ho, Sam began dancing at the age of 12 and has immersed herself in it ever since. She was influenced by her mother, who is currently still actively dancing and competing internationally. Her dance repertoire includes Salsa, Argentine Tango, Standard and Latin Ballroom, with a focus on Brazilian Zouk.

Starting with Ballroom dancing from a young age, she moved on to Salsa and Argentine Tango in 2002 in Perth, Australia, under Juan Rando Dance Academy. She developed her love of dance by completing training to become an instructor with JRDA in 2004. Moving back to Singapore in 2006, Sam continued to pursue her interest in Latin Ballroom, competing successfully in national and international competitions in Singapore, Philippines and Australia.

A co-founder and principal instructor of Zouk Dubai/Zouk M.E in 2009, partnered by Nayan de Abrew, Sam introduced Zouk to the UAE, first in Dubai in 2009, followed by Abu Dhabi in 2010. Together with Nayan, they performed and taught at both national festivals such as the Abu Dhabi Salsa Festival (2010 and 2011), winning the ‘Best Couple Performance’ award in 2011, as well as international congresses in the Middle East and Europe. Sam was the choreographer for the Zouk Dubai performance group, who performed both locally at the Abu Dhabi Salsa Festival 2012, as well as internationally at the Oman Salsa Festival 2012 and Amsterdam Zouk Congress 2012. Her last show, ‘The Puppet’, partnered by Sandeep Samuel, was a success at both regional festivals (Ras al Khaimah 2012, Oman 2013, Fujairah 2013) as well as internationally at the 1st ZoukDevils and Friends Summer Weekend in Mataro, Spain, 2013.

Known affectionately by her students as 'Mama Zee’, Sam was instrumental in the growth of the Zouk community within the Middle East. She prides herself on being a friendly yet professional instructor, focusing on techniques such as musicality and connection as well as attention to detail. 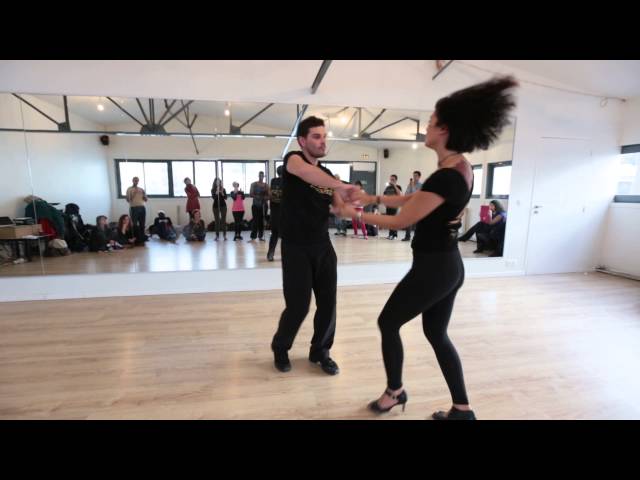 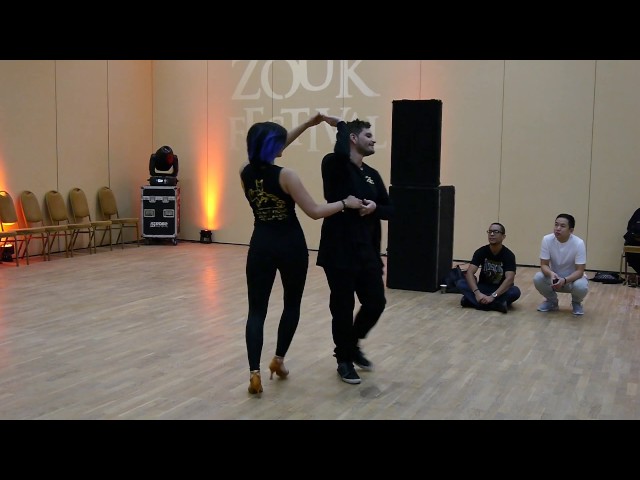