Kizomba is a very sensual and close social dance style, although it may seem very daring to those who have not danced it yet. But I must say that kizomba is danced today in almost every city in Europe and I would dare to say the world.

To the eye of its viewers, it looks like an extremely tight dance. However, it is a style that requires feeling the music in order to be able to express it with the body, especially for the female figure, since it constantly has to mark movements that snake to the rhythm of the song.

Did you know that the key to kizomba is the hug and the hand-to-hand connection with your partner?

The kizomba is a very popular dance style, originating in Angola and is spreading more and more in different regions of the world, and in Europe is already a success. In fact, in several countries, kizomba has become one of the most danced social dances of the moment.

If you like sensuality, slow music and let yourself be carried away by a very romantic and flowy music, the Kizomba is your style!

In this article we will share with you 4 perfect cities in Europe where you can learn, go dancing and enjoy kizomba.

Do you want to discover them with us? 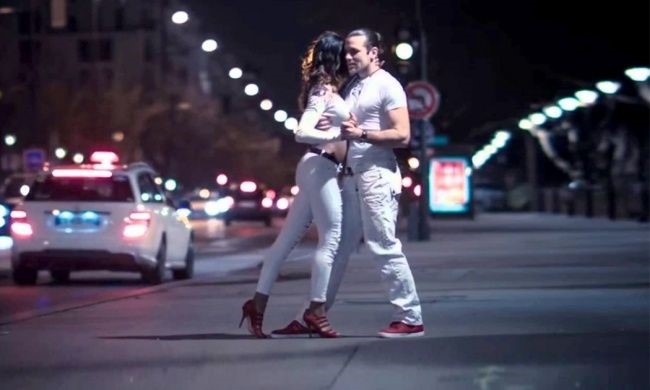 The city of our beloved Eiffel Tower, romance and good wine has many other options to offer for its locals and tourists.

Whether you decide to live or just go on vacation, Paris is a great destination for you to learn or improve your kizomberos steps, among other dance styles.

In France, kizomba has become a very popular dance on its dance floors and kizomba nights, or as the French say, "kizomba soirées". Considering its great African affluence, the mix of cultures, traditions and above all music and dance styles in the great capital stands out.

Ready for the great French and Kizombera adventure? 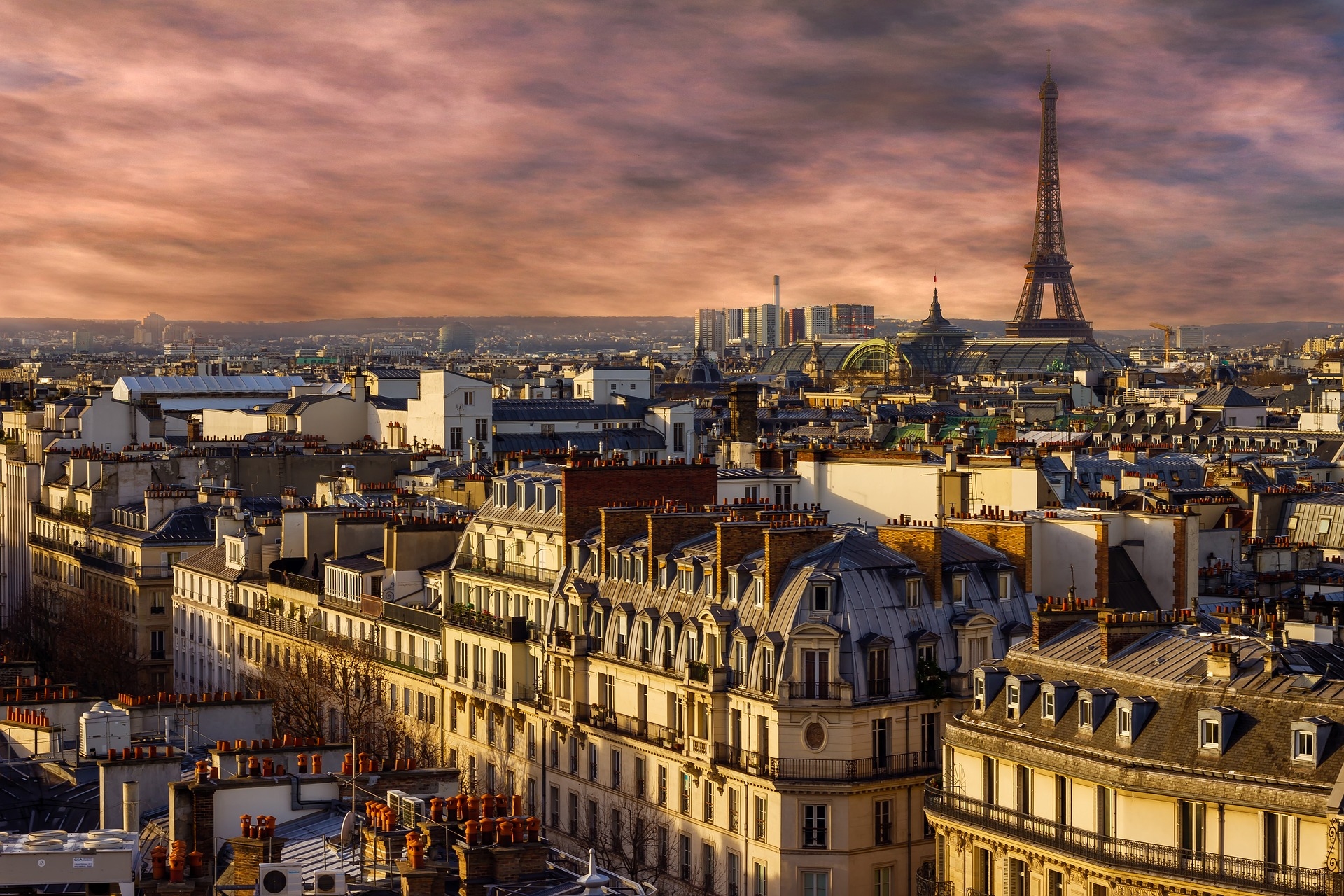 Below, we show you some of their schools so you can start taking your kizomba course. There are many more, but it is a good representative sample of the kizomba schools in Paris.

Now not only will French be your way of communicating in this destination. Dance is another beautiful way to interact with locals and tourists from all over the world. Body expression is another way that allows you to bond and meet new people.

Sharing a passion is the best way to connect with people and enjoy doing it.

In addition to dance schools to learn Kizomba or any other style, there are already thousands of events to go dancing in Paris. In this sense, we recommend the Lista de Oliver, where all the events, parties, and evenings of kizomba and other styles are shared in every corner and corner of Paris. Perfect for dancing any day of the week in the Parisian capital.

And for those who are more daring with the French language.... Don't miss this documentary on France 24 where you can see how the phenomenon of Kizomba has notably invaded the city of Paris.

And we close the city of Paris with this video of Felicien and Isabelle dancing kizomba at the 1st Kizomba Festival in Paris, France..

This fabulous city, capital of Portugal, can not only offer you a great variety of gastronomy, historical corners and film landscapes, but you can live incredible experiences dancing kizomba in Lisbon. 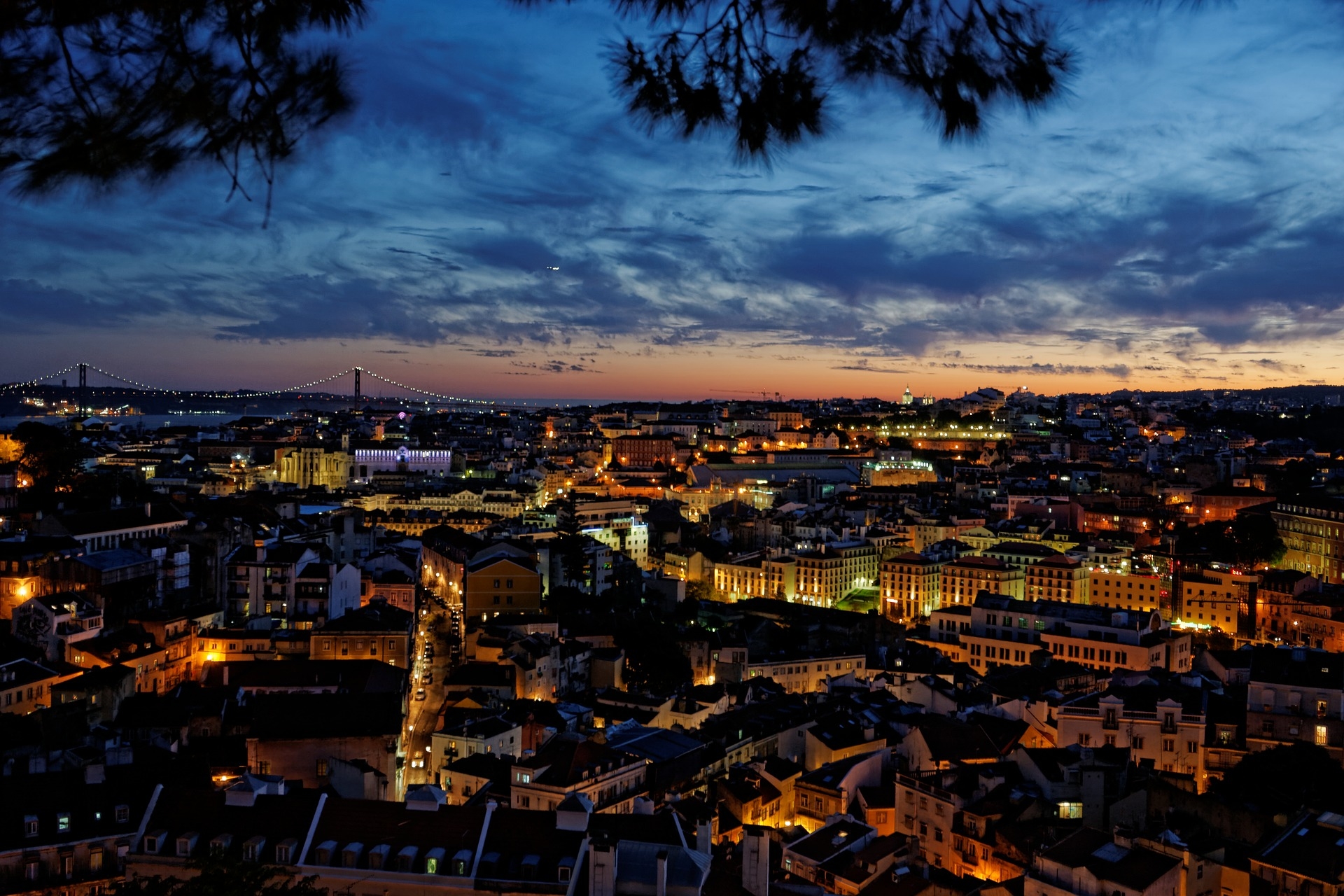 In fact, the city of Lisbon is not only famous for its hospitality and family hospitality, but also for its culture of music and dance.

It's amazing how the kizombero boom has reached so many corners of Europe, and there are still many more to share and discover.

Here are some schools in Lisbon where you can learn to dance kizomba:

Don't miss the kizombera agenda, on this website you can access all the kizombera events in the region, if you still don't dance kizomba while in Lisbon it's because you don't want to, you don't lack opportunities in this beautiful city!

In the list of cities to dance kizomba in Europe our beloved Barcelona could not be missing.

The city of culture and gastronomy, night and day, its spectacular Gaudí buildings, the mountains and the beach, and for many, a city that has practically everything, with much charm and cheaper than the other capitals mentioned.

And you, what do you think about that? 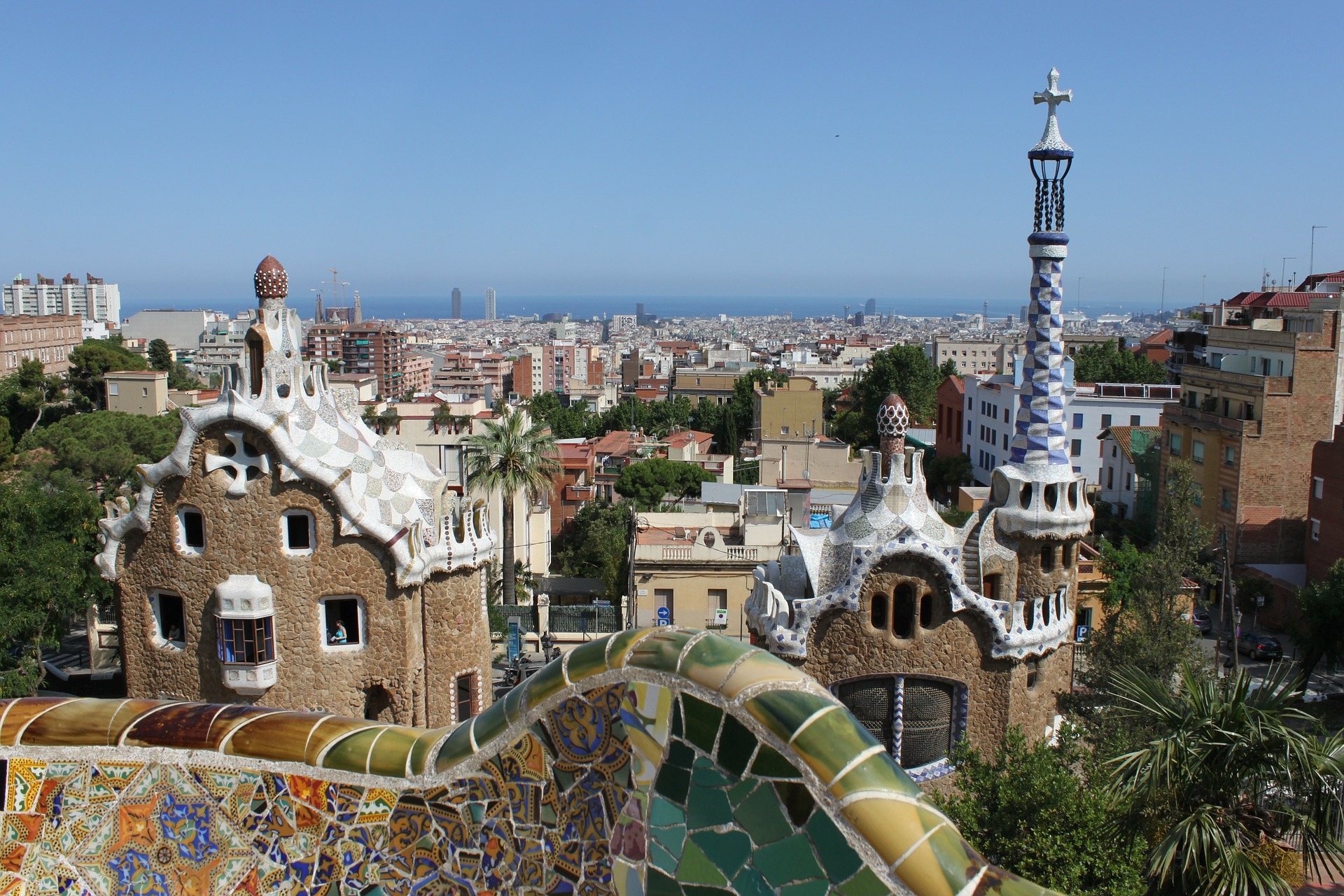 For the go&dance team, Barcelona is one of our favorite cities to go dancing in, as it encompasses practically all dance styles every day.

The Kizomba has also arrived in Barcelona, and along with the Zouk it is becoming increasingly popular.

Previously there were many exclusive Salsa and Bachata events. In fact, in the city and all its surroundings there is a constant festival, congress or weekend of dancing. But today, the kizomba has gained prestige and is already part of these great dance meetings and even organize festivals of dance exclusively Kizomba as happens in other countries.

If you want to learn to dance in Barcelona there are a wide variety of schools with kizomba courses in Barcelona, as mentioned above, we recommend that you visit our website to select your favourite, contact them and learn your first steps of kizomba.

However, we show you some of the biggest academies for those who don't have time to choose and who want to jump right into the pool:

Finally, we close the presentation of Barcelona as a TOP city to dance Kizomba with this flashmob of Kizomba recorded in Barcelona by Marine & Mika.

Would you like to dance kizomba on the beach in Barcelona?

London is one of the most renowned and visited capitals for many tourists from all over the world. 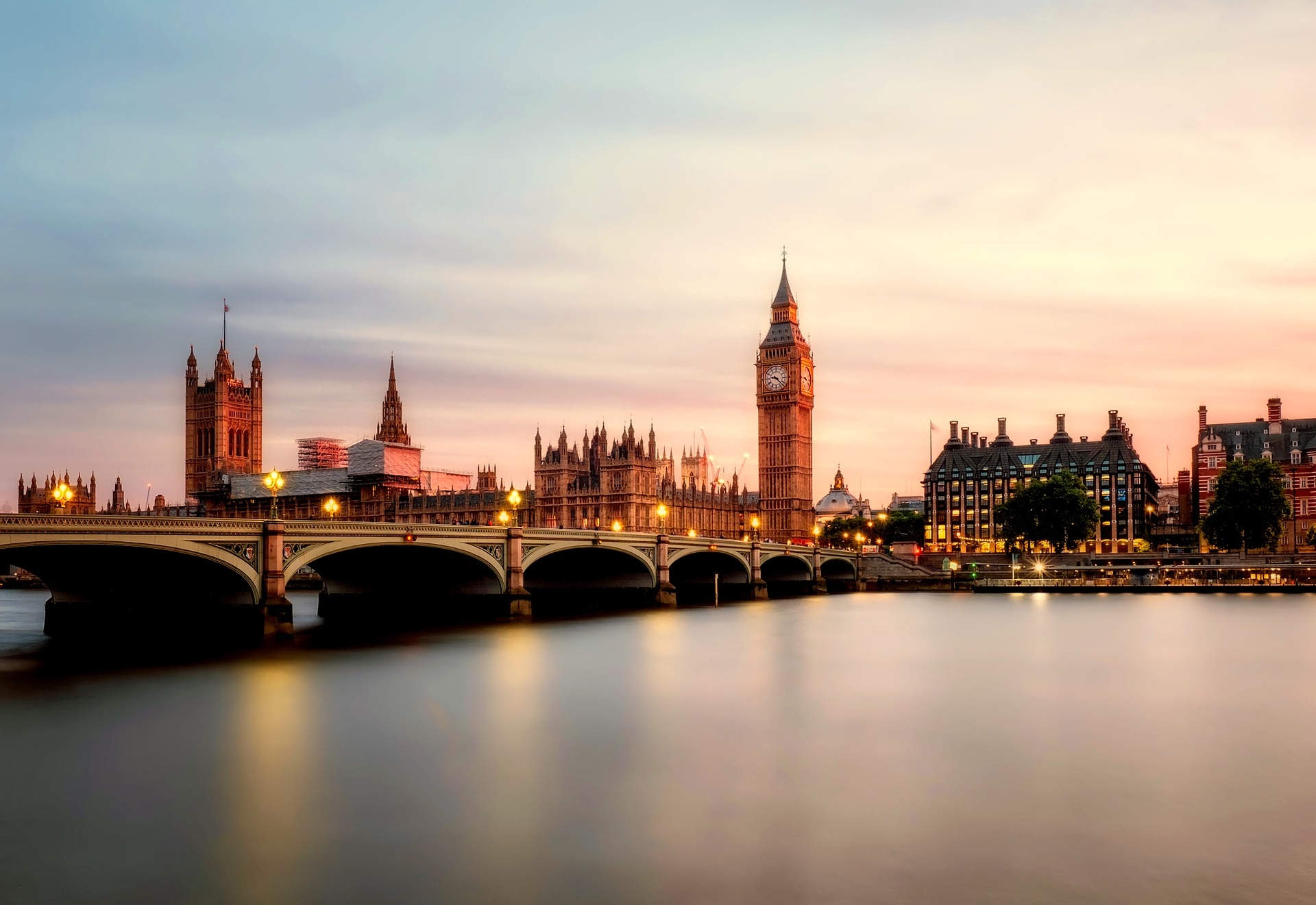 The city is almost impossible to explore as a tourist and even the locals don't know all its corners. But London is another of the selected capitals ideal for kizomba dancing.

Between pints and red phone booths, you can also go out and dance Kizomba in London!

It is a multicultural city and open to the world that is surrounded by the kizombero movement by the many dance schools and nightclubs that are scattered throughout the city.

In fact, there are a lot of schools all over the city, choose the one you like and let yourself be carried away by the kizombero rhythm. Here are just a few of them:

We recommend using the London map dance to keep up to date with the most sought-after kizomba dance events in London, and what are you waiting for to go out and dance kizomba in London?

Video of the Urban Kiz & Kizomba event in London 2018

And now it's your turn.... in which European cities have you danced kizomba?

Leave us in the comments on which cities you have been able to dance kizomba in and where (if you remember, of course).... Madrid, Amsterdam, Brussels, Lyon, Budapest...