Types of Swing dancing, where to dance and where to learn

The swing phenomenon is expanding in Spain at a good pace, and in the last 10 years more than 60 dance schools with swing classes have opened in cities such as Barcelona, Madrid, Vitoria and Valencia.

The people who practice it ensure that what they like most about swing is jazz music, the sociability of dancing and the ease of learning.

So let's see a little bit of swing history, what currents are the most danced all over the world, where you can learn to dance Swing and where you can practice your moves. 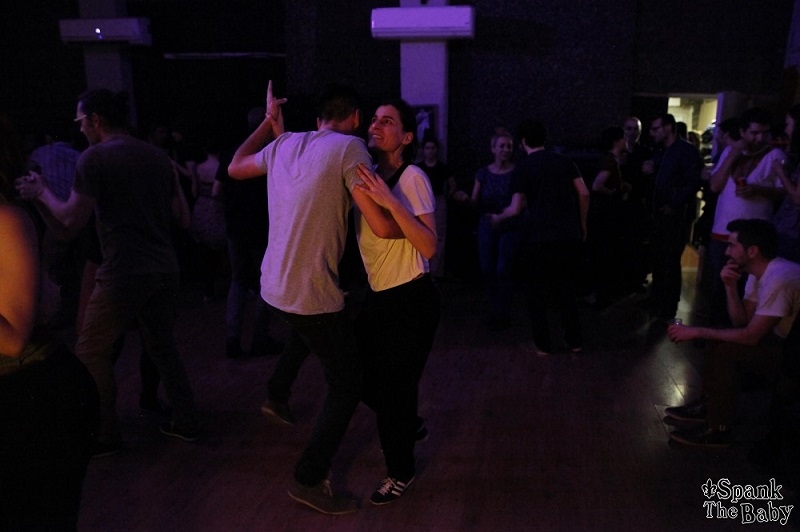 Image courtesy of Spank The Baby

It all began in the early 1930s in the USA with dancers improvising to the rhythm of jazz music. So you can say that the origin of the dance comes directly from Jazz, for this reason it is also known as swing jazz.

The music is composed of typical Jazz instruments such as the double bass, trumpet, drums, clarinet, saxophone and occasionally guitar and violin appearances.

A very characteristic element of the swing was the formation of the famous Big Bands, small orchestras composed by musicians that marked the rhythm of the frenetic nights in the dance halls.

Nowadays people practice dance accompanied by music from that period or live bands that improvise jazz with references from the 1920s and' 30s.

Thanks to the phenomenon of this dance, other styles arose that you have probably heard at some time, such as the following ones.

This style appeared at the height of swing. On the best tracks there were dancers who were experimenting with new forms of dance, from where lindy hop came up (later it became known as Jitterbug).

Through this style appeared others also known as Rock & Roll and boogie-woogie.

In this video you can see two Lindy hop dancers in Barcelona showing some steps:

When rock & roll arrived this style was disappearing, in fact, with the appearance of pop music in the 60s, dance that was performed as a couple almost fell into oblivion.

A few years later, ballroom dancing began to re-emerge in Europe and the United States until today.

You may wonder, is it hard to dance lindy hop?
Not really, although it is always necessary to have knowledge of a few basic steps of swing and a little bit of physical form, although this happens with almost any dance style.

The rhythms are varied, there are jazz songs that are slower or moderate, and some faster, although usually almost anyone with a little interest can dance lindy hop.

This style also comes from swing and as for the movements is different from lindy hop. The dancing positions are closed, you could say that it has some similarity to the Argentine tango.

It is a dance that is performed with fast-paced songs and very short steps, and is believed to have been performed in the 1930s by students from New Orleans (USA). It could be said that the difficulty of the dance is superior to Lindy hop, especially because of the intensity of the movements due to the musical rhythm.

There are a lot of movements that can be combined in the shag, for example, this video is an end-of-trimester video made by students and teachers of a course:

This type of dance emerged in the 20th century in the northern part of the United States. The movements of this style are slow and sensual, allowing a natural connection and interpretation between the couple.

Almost all movements come from the blues music style, and it is also possible to improvise individually or in pairs. In this video you can see an example of Blues:

There are other styles that also come from swing:

Where to dance swing in Barcelona

If you like this kind of dancing or are curious, you can find out more at the Spank the Baby swing school, located in Barcelona's Raval district.

In addition, every Friday and Saturday they organize JAMs (open dance sessions) where you can meet lots of people who dance and practice the steps you've learned.

One of the great advantages of Swing is the social aspect. After practicing one or two classes you can participate in any event with people with more, less or the same level as yours, even learn new moves.

Did you know the swing? Do you find it difficult to dance?

We encourage you to try several classes to check the addictive effect of this type of dance and if that is your case leave your comment in the post explaining why you signed up for swing dancing, we will love to read you.