All about Tango and its Origins

Tango is a world classic in both dance and music that inspires and motivates all its lovers.

If you are a tango fanatic or you are very curious, this information is ideal for you. In this post we explain everything about tango, from its origins, its definition by default, the tango as a dance style and Argentina as an outstanding destination to learn it.

You have all the information you need to make your decision and start dancing tango. Join a school with tango lessons that you've been wanting for so long, and start feeling and enjoying this passionate style for yourself.

You can be a dancer on the floor too! don't you think? 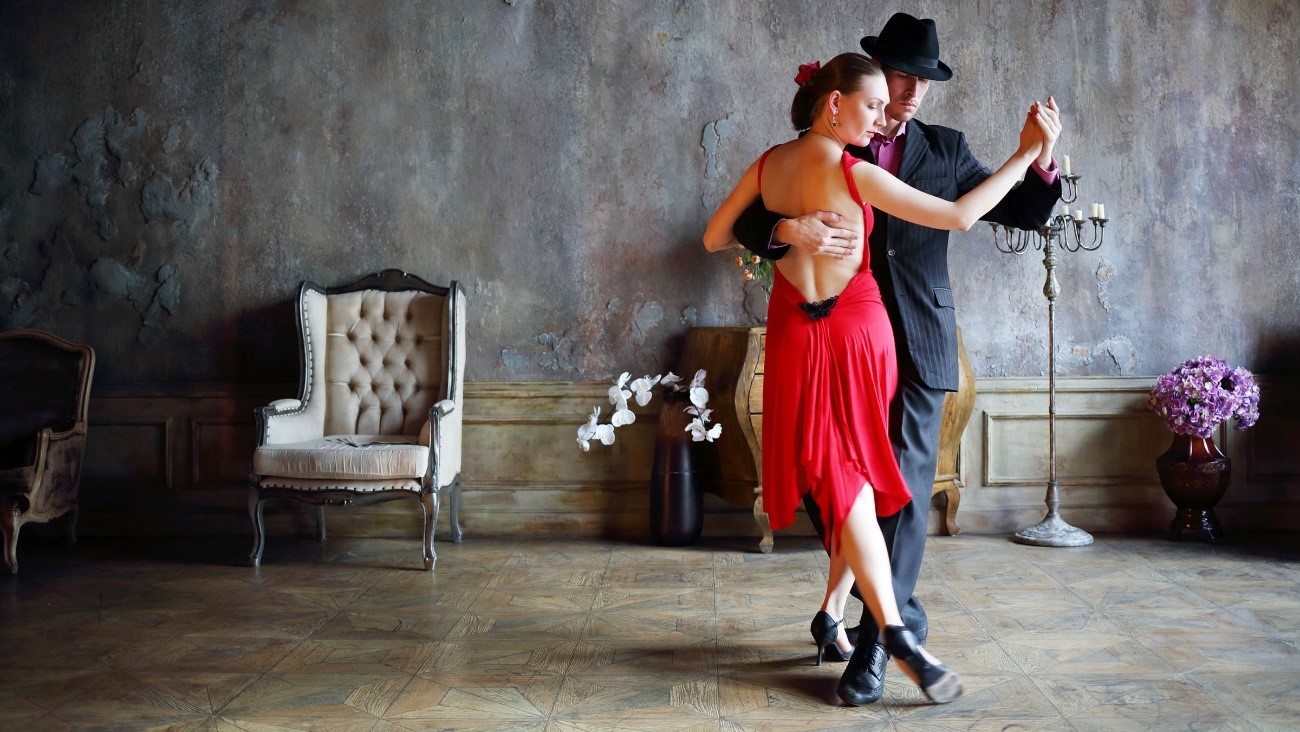 The history of tango and its origins

Tango, as a musical genre, emerged in the Río de la Plata between 1850 and 1890. At that time there was a lot of African traffic and Buenos Aires received ships full of European immigrants.

The fusion of the different cultural origins in Argentina, gave rise to a musical fusion that created first the milonga, of agile rhythm, and then the tango. The drums, flutes and guitars were quickly replaced by the piano, violin and bandoneon: the 3 basic instruments of tango.

The tango genre was gradually structured until it became an urban art. Not only did he express himself in Buenos Aires, but he also frequented it in Montevideo, Uruguay. Where little by little it was gaining form and reputation as a style of dance.

In 1910 tango was danced in Paris and from then on the enthusiasm of tango in Europe, North America and Japan began. Paris was the summit of the beginning of tango at the international level.

Over the years, tango spread throughout the world. The dance appeared in Hollywood movies and its artists began to travel internationally. In 1930, Argentina's Golden Age began. It was then that music, poetry and culture flourished in Argentina.

Did you know that tango became a fundamental expression of Argentine culture?

The tango won such recognition that since 1977, every December 11, the National Tango Day is celebrated, in commemoration of the birth dates of two of the most important composers and singers in the history of tango, Carlos Gardel and Julio De Caro.

The most important artists in the history of tango

If you are going to get into the world of tango, it is mandatory that you memorize these two authors.

Carlos Gardel is considered one of the most important and representative figures of tango. In addition, recognized for his precious baritone voice, Carlos is recognized by the Rei del tango or the Zorzal Criollo. Did you know that?

Julio de Caro is also recognized as a leader in tango. Musician, violinist and composer who left a great mark on the birth of the tango style.

You didn't know them yet? Put them on your list of tango authors because from now on you will hear them a lot!

What is tango as a dance?

According to Wikipedia, tango is a closely linked couple dance that emerged from the fusion of Afro-Rioplatense, gaucho, Latin American and European dances and rhythms. It is characteristic of the Río de la Plata region and the city of Buenos Aires, capital of Argentina.

Did you know that the tango came from Argentina?

Tango is a very passionate and sensual dance style that creates a bond between its dancers. To dance tango, as in any style, you have to feel it, understand its music and let yourself be carried away by its harmony and movements.

Do you know what the most important thing to learn about a dance style is to count the steps and the musicality? In this case, the rhythm of tango is four by eight, although sometimes its rhythm is also known as two by four. 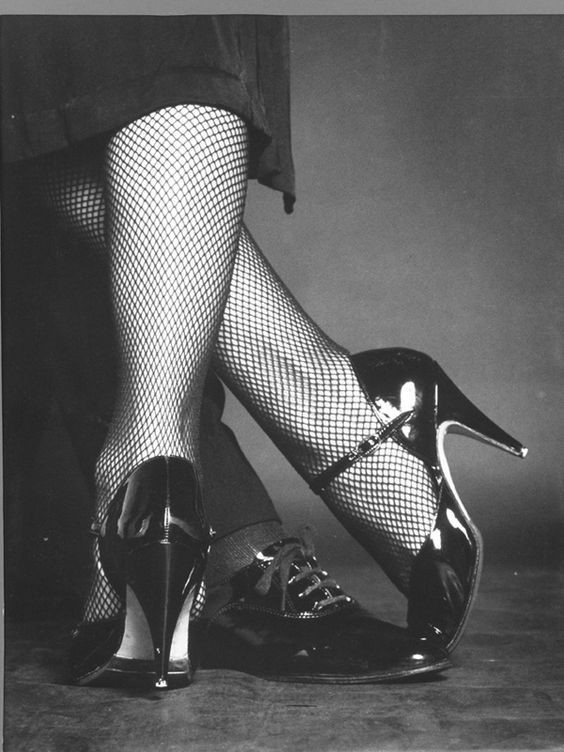 I'm sure we've convinced you to start dancing tango now, haven't we?

Argentina the TOP destination to learn to dance tango

As we have explained to you before, tango was born in Argentina. That is why Argentina is nominated as the country par excellence to learn to dance tango. 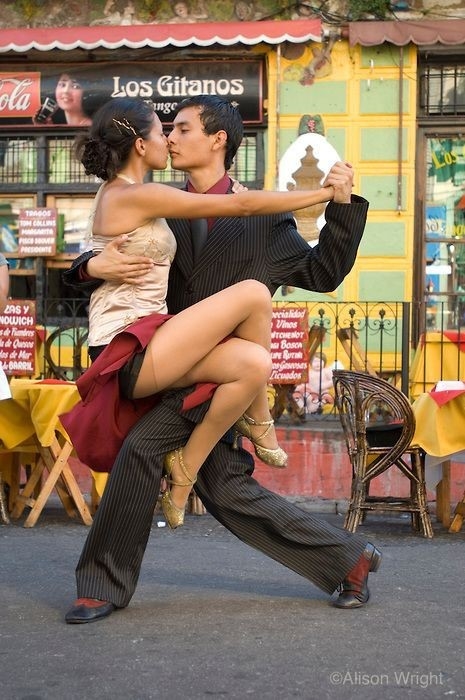 I'm sure you've also imagined that tango is danced in every corner of Argentina, haven't you?

It is true that in Argentina, especially in the capital of Buenos Aires, there are tango dancers who perform in the streets. In fact, it could be described as a very experiential and unique way of sharing Argentina's cultural identity with tourists and the world.

Street tango in the city of Buenos Aires

That is why in Buenos Aires, there are many places where they do live tango shows, tanguearías where you can take tango lessons and other dance styles in different dance schools, and in tourist areas, such as El Caminito, the neighborhood of San Telmo or the old town of Buenos Aires, dance couples performing a tango with their elegant dresses and leaving all their spectators in love. 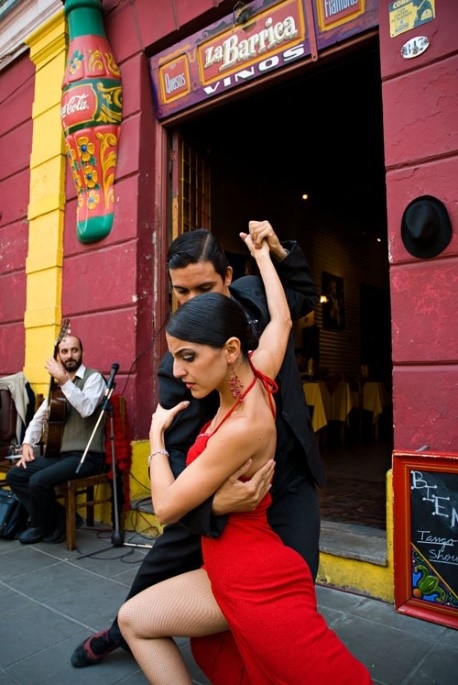 Couple of tango dancing in the streets of Caminito. (Pict of Sojon en flickr)

Tango, as we have already mentioned, has become a form of identity for Argentine culture. However, this style of dancing has spread throughout the world and many of its local artists and dancers teach in different cities.

Nowadays, tango is not only experienced in the neighborhoods of Buenos Aires, but also in the academies of Japan, in the streets and theaters of Paris and in New York's cultural centers. Did you know that tango had become so widespread internationally?

If you liked this article, don't hesitate to leave us your comments and share your experience with tango! In addition to asking us for information on where to find your nearest school to dance to!

What are you waiting for! Dancing Tango is living!