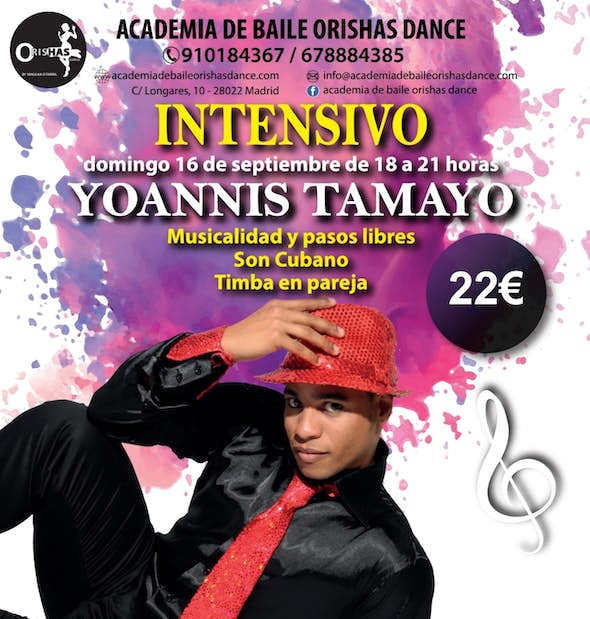 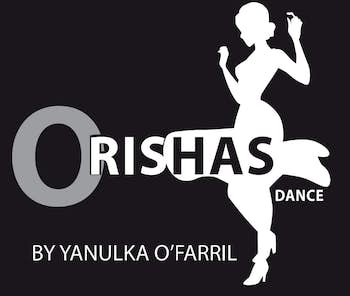 Review this event
No reviews found 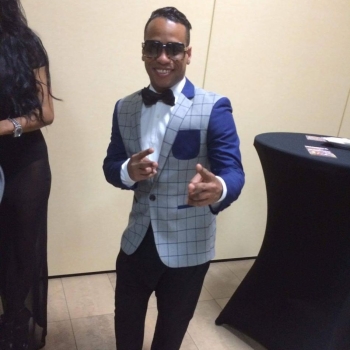 His dancing style is so original that it cannot be copied.

In his early days Yoannis began dancing son and casino but as advised by his teachers, he began to study Afro-Cuban dances.

For over 20 years, Yoannis Tamayo has traveled the world to share his passion and experience as a dance teacher and choreographer of Afro-Cuban dances.

Resident in Paris, France, since 2009, Yoannis Tamayo has given lectures in different cities: Madrid, Tours, Bordeaux, Limoges....Since 2012 he worked as a teacher and choreographer of the Afro-Fusion Dance Company Okan Yoré until in 2017, he decided to create his own company.

He mentions his style as "AfroFusion", which is a mixture of different Cuban folk dances. "Our roots are more African than Spanish.

That's why when you're dancing my style, you should take a little of each one: afro, son, salsa and rumba".

Yoannis' charisma, energy and talent leave no one indifferent.

For the first time in Madrid... Master Yoannis Tamayo! Are you going to miss it?

The intensive course will consist of three parts

"Son is the most sublime thing for the soul to have fun" The Cuban Son is fundamental in the origin of casino and salsa.

Although it presents elements of African and Spanish music, son emerged in the eastern region of Cuba at the end of the 19th century. Its origin is closely linked to the changüí, considered by some authors as the mother rhythm of son.

With the advent of commercial broadcasting in the 1920s, the rise and popularization of son began, with Ignacio Piñeiro's Septeto Nacional being the creator of many famous compositions such as "Échale salsita", the first time the word salsa was used to refer to Cuban music.

Son evolved and gave rise to other genres such as Son Montuno, Mambo and Salsa (casino).

Workshop suitable for those who already have some knowledge and want to go a little deeper.

If there is someone who specializes in Son, this is Yoannis Tamayo one of the best in this style.

Nowadays, free steps are very popular because they help you to know what to do when you release your partner into the salsa, they give you more freedom and more creativity in the dance. It is a very enriching dance as you mix all kinds of styles guided only by music.

Yoannis Tamayo differs from other professionals of her same style by the musicality in her free steps. Not only does she dance to the music and melody, but also to the chords and musical accents, which is very difficult if you don't know the music.

Timba is the evolution of the casino, the fusion with the Afro, the Rumba, the Reggeaton......

Timba is neither a new musical genre nor a new rhythm, as it does not have a new rhythmic pattern.

Timba has always been "putting heart and soul into making music".

In Cuban orchestras, when playing son montuno or other danceable rhythms, singers use the expression timba to invite other musicians to raise the "temperature" of the song and energize the audience.

"The Timba is all the music that was created after the revolution. It is a harder salsa than the one played in the United States, the one that Puerto Ricans make, it is danced with another dynamic, with another force, mixing all the Cuban rhythms, Afro, Rumba Cubana Mambo, Chachachachá, Reggeatón etc.

Places are limited, it is essential to pay in advance for INCOME IN ACCOUNT, or in the SCHOOL itself.

Putting, name and surnames, number of tf and in the concept "intensive with Yoanis Tamayo".