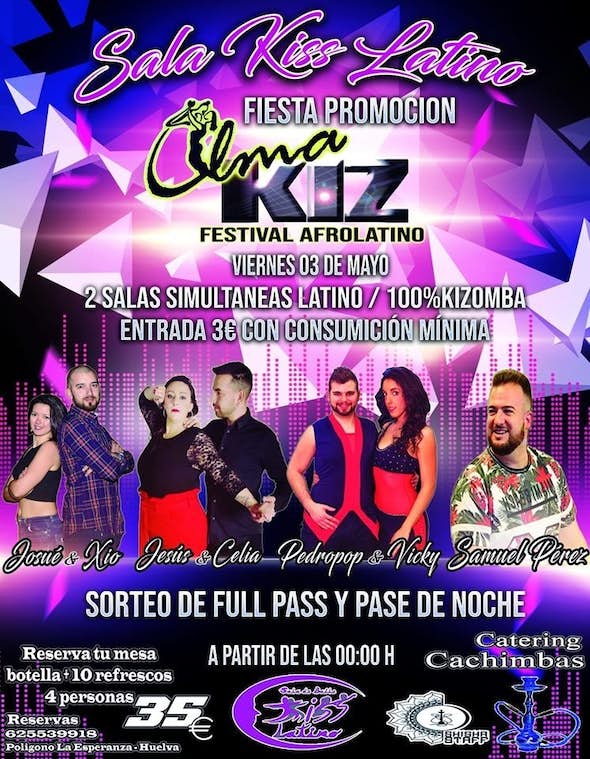 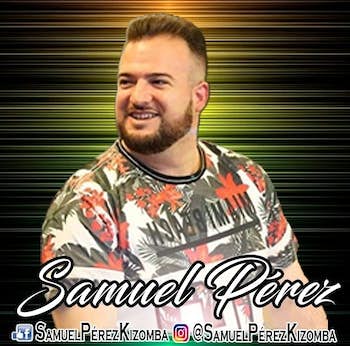 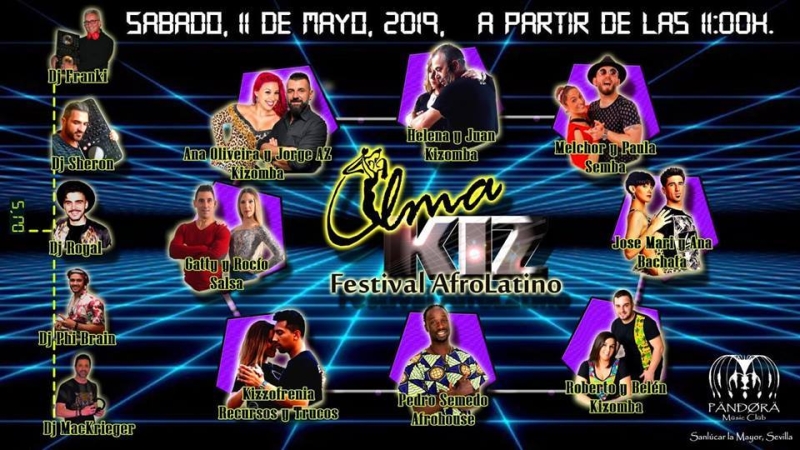 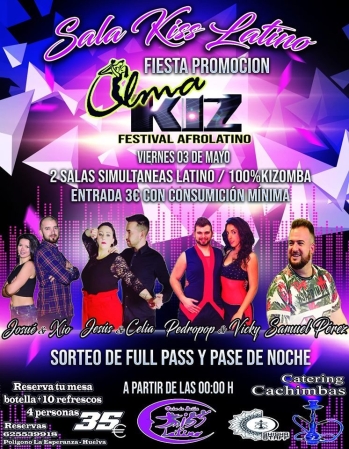 Because there's nothing better than union and even more so if it's dancing!! 💖💖

We will also have the honor of enjoying the company of two great people and promoters of this great family called baile Juan Bernabe and Helen Sevilla (kizomba sevilla)! 🤗🤗🤗

Promotional party for the Alma Kizz Afro-Latin Festival with a draw for Full Pass and Night Pass! 😱😱💯💯🎉🎉🎉

It will be a night full of laughter and to enjoy! 🤗😄👌

2 simultaneous rooms one of Latino and another 100% kizomba so that we don't stop dancing and enjoying together! 🎉🎉🎉

You can also buy your Full Pass for the Afrolatino Alma Kizz Festival during the night for only 25€, with which you will have access to: