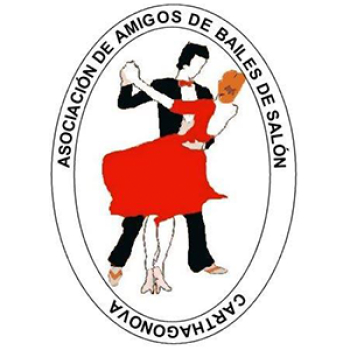 In the Asociación de Amigos de Baile de Salón Carthagonova (A.A.B.S.C.), we offer classes of various dance styles in the city of Cartagena. A few years ago, in the year 2000, in a meeting of friends to whom we unite the love of dance, the lack in Cartagena of a movement of Ballroom Dances as there is usually in many other places in Spain, where there are Associations, festivals are held, exhibitions, etc.. For this reason we decided to fill this void, creating an Association of Friends of Ballroom Dance in our city.

In October 2002 we set out, drawing up a foundational act, statutes and legalized the group constituting us as: "Asociación Amigos de Baile de Salón Carthagonova" (A.A.B.S.C). In January 2003 an Extraordinary Meeting is called and work groups are created, new members are admitted and this is when the activity of the Association really begins.

The A.A.B.S.C. is a non-profit Association, whose mission is to promote, through recreational activities, the Ballroom Dances, with the initiation, diffusion and practice of the same ones.
We announce that we have the doors open to all those who are interested in dancing and all common events that might arise in favor of the movement of Ballroom Dances in Cartagena.