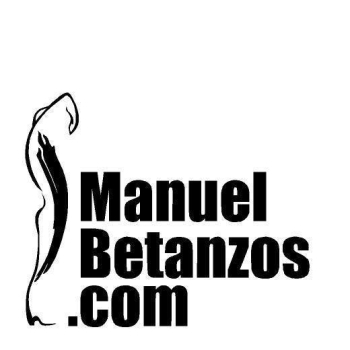 To talk about its history it is necessary to mention its founder the master Manolo Marín who since 1970 makes up to 3 schools in the same street of Rodrigo de Triana where he also places his house developing his life and profession in the same place becoming known as "the street of Manolo Marín". His recognition and prestige increases until finally in 1980, in the number 30 of the same street his school is founded. He has been the master of many dancers already consecrated today; he has become a model of masters, for the mark left by his tendency and philosophy in the dance of great artists. The years do not slow down the master Manolo Marín who is still active today.

Among his disciples was Manuel Betanzos, to whom Manolo Marín, years later (in 2003), decided to propose that he keep his academy. Manuel Betanzos, enchanted does not think about it and picks up this important legacy left by his teacher, Manolo Marín, with the same noble pretension as his predecessor, to form artists defending a genuine philosophy of work.

Since then, day after day, Manuel Betanzos has worked tirelessly to follow in his footsteps and maintain that master line, based on discipline and seriousness, which drew the founder and referent of this academy.

What is the academy like?
Manuel Betanzos keeps the school with its roots but little by little he has been transforming it and giving it his personal touch.

Excellent facilities and perfectly conditioned, a hall that invites you to stay, individual dressing rooms for boys and girls, three magnificent classrooms and / or rehearsals, toilets, drinking water fountain, a bright courtyard that conquers you with its charm, like every corner that inspires serenity, a friendly atmosphere and companionship, good energy and of course the personalized and friendly attention of both the office and the cast of teachers.

Three rooms, three names
Manuel Betanzos wanted to designate each room with the names of three great personalities who have marked a special moment in his life; the large room in dimensions bears the name of the cantaor Miguel Poveda being the first to release it. The other two rooms are dedicated to the guitarist Jesus Torres, who accompanied him in his beginnings, and the dancer Rafaela Carrasco, a companion with a career and artistic growth. This brings together the essential trilogy of flamenco: singing, guitar playing and dancing.

Why is the atmosphere in the academy so popular?
It has been possible to verify that in the academy the companionship reigns, it works in team, the atmosphere is friendly and cordial as much in class as in the corridors and dressing rooms, meeting points where there is no lack of solidarity, the exchange of ideas and even a friendship between them emerges very quickly.

Our classes are designed in a way that every day is an opportunity to learn from the first day since we work with new material giving the opportunity and ease to the student to join the courses when you want and make single classes for days, weeks or months.

Who could I find in the academy?
In the Manuel Betanzos Academy you can find great personalities, celebrities, first line teachers who come to visit, give their support, encourage teachers and students, take courses or just see the work that is done. We have a book of signatures where each artist who visits us leaves his impressions and his photo accompanied by words of affection.