Among the different styles of salsa, the Cuban, which is also called "casino", is the most danced and for which more people usually start dancing salsa.

With the exception of a few dance figures, most of the Cuban salsa figures are performed in pairs and together with the music they do a very fun, energetic and social dance that we at go&dance openly recommend.

Want to learn the basic steps to dance Cuban salsa from zero?

Then do it. Think that it takes very little to get started... With a comfortable outfit, good shoes and a good dancing school you have enough to start with. 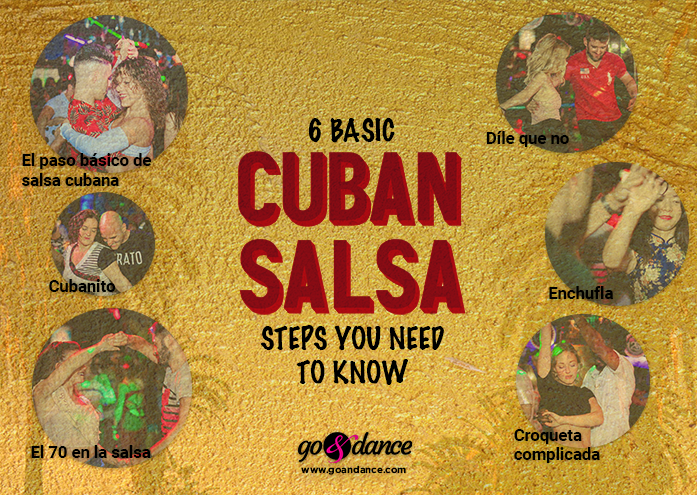 Is Cuban salsa a choreography or an improvisation?

Although the figures that are being learnt can concatenate and achieve a salsa song that is totally choreographed, the truth is that cuban salsa is danced spontaneously and freely. When the appropriate fluency is reached, the figures or part of them will be made, taking elements separately, in an improvised way, following the rhythm of the music.

The grip is very important. Depending on the figure to be made, there are different types of grip. In general, most of the time the dance is with the couple open, by grasping a hand.

Today we want to show you some of the basic Cuban salsa steps to start dancing this beautiful and fun dance.

6 key moves you need to know to dance Cuban Salsa

The Cuban basic step has a rhythm of three steps followed by a pause, fast-fast and slow. The basic step is done by taking one foot back, stepping on the floor with the other foot and returning to the first position. Then, after a pause cam, the operation is repeated again with the other foot.

The step back should not be exaggerated, but only serve to make the hip movement more agile.

One of the most important steps of Cuban Casino style salsa, used continuously after the completion of each figure. It starts in the grip position and ends with one hand held.

Its name,"dile que no" (tell him no), comes from the fact that the man marks a forward and a lateral in beats 1,2 and 3, while the woman in beat 5, instead of stepping back makes a figure fake and finally a change of position in the shape of a crescent.

As we can see, this step consists of the woman moving away from her dancing partner by means of her rotation (saying no). The movement ends when the man pulls the woman towards himself and the two of them are placed close together again, but on the opposite side to the one they had in the beginning.

In the case of the man, in the first measure he marks with his left foot, walks with his right foot, and in beat 3 he walks again with his left foot and starts a half turn to the right. In the second measure, it will mark the beats 5,6,7 being front and with full grip with the girl. When walking in time 2 she pushes the girl to a change of position, raising her left arm so that the girl passes under her arm.

The cubanito or cubanito is one of the initiation steps in salsa. In short, it is a small game between the couple, between fakes and feints, which ends with an openbreak and a no to say no, to finish the figure.

In its visual aspect, the boy follows the girl's movements by placing himself behind her, then moving to the front position and repeating the steps again. The figure will end with a plug, the openbreak and tell him no.

At the beginning of the figure, in beats 1,2 and 3 the spin is prepared. The boy raises his left arm in beat 3 and the girl will turn in beat 3 to her right. In beats 5-6-7 the girl turns completely to her right with three steps forward, describing a small circle.

Meanwhile, the boy in these steps can stay in place by marking the base step, or better yet, move around the girl on her left. Finally, we will undo the figure as if it were a plug.

The croqueta complicada is one of the most visual figures when it comes to salsa dancing. Starting from a enchufla and changing hands, the girl will make a complete turn in one direction or another, before ending up in an openbreak and saying no to her.

As you can see, these are some of the main dance steps of Cuban salsa. If you have not danced and you are a beginner, you must know that salsa dancing is a very entertaining activity to have fun with as a couple, strengthening relationships, and with many healthy advantages.

So at go&dance we encourage you to sign up for salsa classes to have fun in a social and fun way. 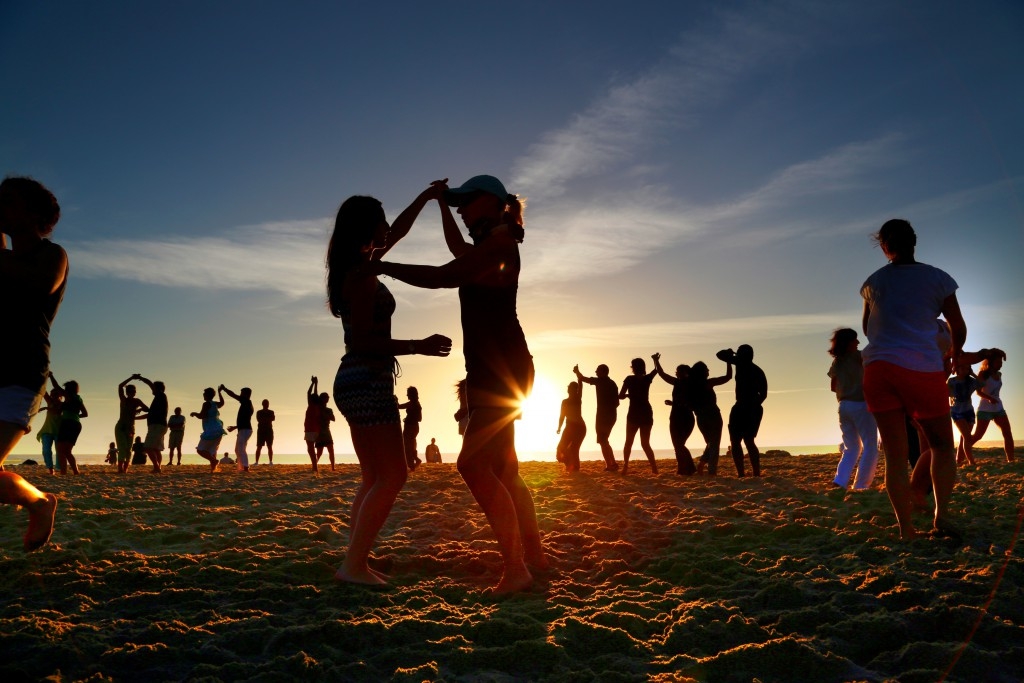 You may also be interested in: 4 basic bachata steps for dancing to any song

PS: What style of salsa do you prefer to dance? - Tell us about it in the blog comments and if you like the post, share it! Thank you very much.